A Russian strike on a school sheltering civilians claimed 60 lives, Ukraine said Sunday, as the G7 reaffirmed their unity with Kyiv on the eve of Moscow's ostentatious plans for a World War II victory celebration.

As intense fighting continued, Ukrainian President Volodymyr Zelensky confirmed the death toll in Saturday's Russian air strike on a school in the eastern village of Bilogorivka. That would be one of the highest one-day tolls since Russia invaded on February 24.

Russian President Vladimir Putin leads commemorations Monday of the Soviet Union's defeat of Nazi Germany, but Ukraine, under unrelenting attack, is desperate to deny Moscow any sense of military invigoration.

Putin is expected to flaunt his military might during the symbolically important event. Huge intercontinental ballistic missiles will be towed for official review through Moscow's Red Square, and a planned flyover will feature fighter jets in a "Z" formation showing support for the war.

The Victory Day parade is a longtime tradition in Russia, but Monday's has taken on great prominence as Putin seeks to justify a war that has gone on far longer -- and at far higher cost -- than expected.

Putin has sought to legitimise the invasion by comparing it with the previous struggle against Nazism and the national pride it brought.

Zelensky also marked the end of the 1939-1945 war by comparing Ukraine's battle for national survival to the region's war of resistance against its former Nazi occupiers.

"Decades after World War II, darkness has returned to Ukraine, and it has become black and white again," he said, in a monochrome social media video shot before a bombed-out apartment block.

"Evil has returned, in a different uniform, under different slogans, but for the same purpose."

Earlier, in the latest shows of Western support, US First Lady Jill Biden and Canadian Prime Minister Justin Trudeau made unannounced visits to Ukraine, and G7 leaders joined Zelensky on a video call before pledging new support -- including a key vow to ban or phase out imports of Russian oil.

Meantime, depleted Ukrainian forces are bracing to defend their final bastion in the devastated port city of Mariupol.

After Zelensky's video conference with G7 leaders, the group -- comprising Britain, Canada, France, Germany, Italy, Japan and the United States -- said in a statement that Putin's "unprovoked war of aggression" had brought "shame on Russia and the historic sacrifices of its people".

But EU diplomats will meet again next week to hammer out the details of their latest sanctions package, after a proposed embargo on Russian oil exposed rifts in the bloc.

Trudeau said Putin was responsible for "heinous war crimes" as he visited Irpin, a Kyiv suburb that was the scene of heavy fighting in the early weeks of the conflict.

Separately, First Lady Biden met her Ukrainian counterpart Olena Zelenska at a school sheltering civilians, including children displaced by the conflict, near Ukraine's border with Slovakia.

"I wanted to come on Mother's Day," Jill Biden told reporters, saying she wanted to demonstrate US support for Ukraine.

An AFP reporter in the city of Zaporizhzhia said Sunday that eight buses carrying 174 civilians -- including 40 evacuated from Azovstal -- had arrived in that Ukrainian-controlled city.

"I'm relieved to confirm that we managed to bring 174 more people to safety from the hell of Mariupol today," Osnat Lubrani, the UN's humanitarian coordinator in Ukraine, tweeted.

That left a small force of defenders holed up in Azovstal's sprawling network of tunnels and bunkers.

The complex -- the final pocket of Ukrainian resistance in the Black Sea port city -- has taken on symbolic value.

"We, all of the military personnel in the garrison of Mariupol, we have witnessed the war crimes performed by Russia, by the Russian army. We are witnesses," said Ilya Samoilenko, an intelligence officer with the far-right Azov regiment defending the site.

"Surrender is not an option because Russia is not interested in our lives," he said.

In one of those regions, Lugansk, Ukrainian forces are now mounting a last-ditch defence of the city of Severodonetsk, formerly an industrial city of 100,000 people.

Lugansk region governor Sergiy Gaiday said rescuers in Bilogorivka were searching for survivors in the debris left by the Russian attack on the school there, though the outlook was bleak.

"Bombs fell on the school," he said on Telegram, "and unfortunately it was completely destroyed."

The attack on the school "appalled" UN chief Antonio Guterres, his spokesperson said.

"The secretary-general reiterates that civilians and civilian infrastructure must always be spared in times of war," the spokesperson added.

Rescuers were also looking for survivors in the neighbouring village of Shepilivka after a strike hit a house where 11 people were sheltering in the basement, Gaiday said.

Civilians who escaped Mariupol describe passing through Russian "filtration" sites where several evacuees told AFP they were questioned, strip-searched, fingerprinted, and had their phones and documents checked. 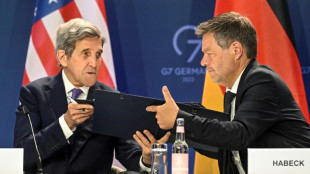 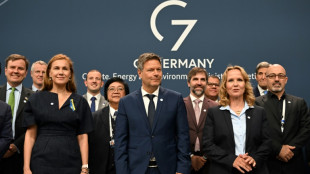 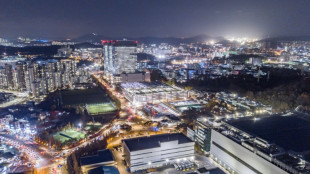