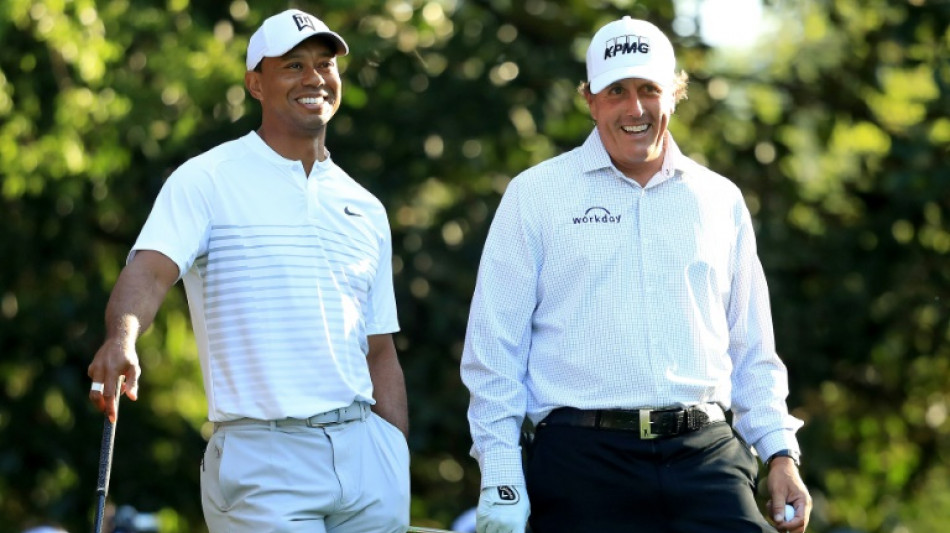 Former world number one Tiger Woods and defending champion Phil Mickelson were both named in the field for next week's PGA Championship on Monday.

Woods, who made a dramatic return from injuries sustained in a 2021 car crash at last month's Masters, has not played since his final round at Augusta.

The buzz about Woods' possible participation at Southern Hills intensified after he played a practice round at the course recently.

Woods has said he hopes to play in the 150th British Open in July at St. Andrews and a two-day tune-up event in Ireland before that, but has not been firm about other tournaments, including the PGA Championship and the US Open in June in Boston.

Mickelson, meanwhile, has not played since triggering uproar in February following publication of his remarks made last year concerning the new Saudi Arabia-backed LIV Golf Series.

The 51-year-old Mickelson described the Saudi financial backers of the LIV series as "scary" with a "horrible record on human rights" but said he was willing to deal with them in order to gain leverage to "reshape" the US PGA Tour.

Mickelson subsequently apologized for the comments and announced he was taking some "desperately needed time away" from golf.

US reports said Monday that Mickelson has held talks with PGA of America officials about his schedule but has not decided whether he would defend his title.

"I think he's trying to figure out when the right time is for him," PGA of America chief executive Seth Waugh told the "5 Clubs Conversations" podcast.

"I think the game is trying to figure out the right time for him, too. How long is enough? And is he ready mentally and physically to do it?"