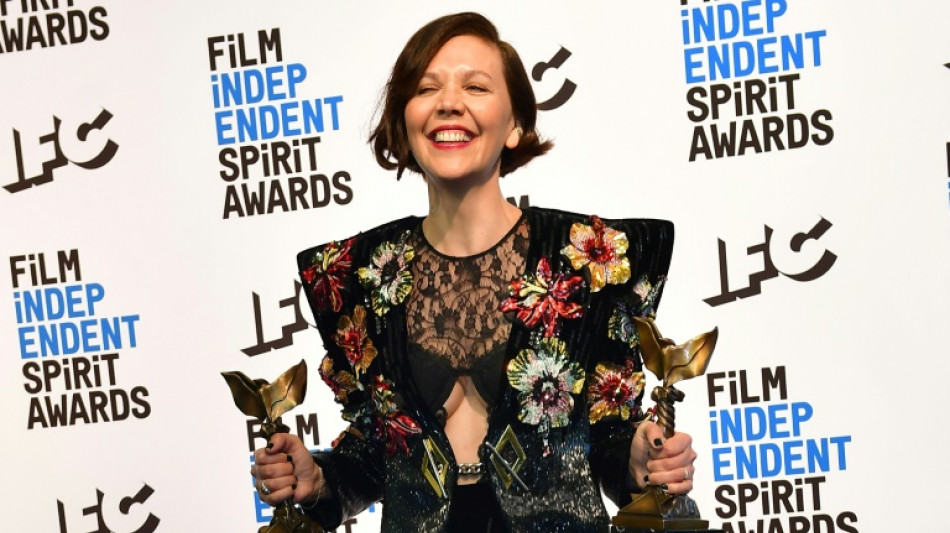 Maggie Gyllenhaal's "The Lost Daughter," a drama about the challenges and taboos surrounding motherhood, was named the year's best indie film at the Spirit Awards on Sunday.

Gyllenhaal -- until now primarily known as an actress in films such as "The Dark Knight" and "Secretary" -- also won prizes for best screenplay and best director, for her debut effort in both fields.

The Film Independent Spirit Awards honor low- and mid-budget movies, and the glitzy gala held at Santa Monica beach near Los Angeles could provide a much-needed boost for smaller films like Gyllenhaal's ahead of this month's Oscars.

"The Lost Daughter," based on Elena Ferrante's novel, is in the running for three Academy Awards including best actress for Olivia Colman, who plays a mother estranged from her children and harboring guilt for her failings in raising them.

"My film is in an unusual language -- it's the language of the minds of women," said Gyllenhaal, before dedicating her final prize for best feature to "women in film."

While only films made for less than $22.5 million can compete for Spirit Awards, some of Hollywood's biggest stars turned out for the event, and streaming giant Netflix emerged as the day's big winner with six awards.

Beyond the honors for "The Lost Daughter," Netflix earned two prizes for 1920s race drama "Passing," including best supporting actress for Ruth Negga, and one for South Korean smash hit series "Squid Game."

Stars Kristen Stewart and Javier Bardem were among several who used the event to speak out against Russia's invasion of Ukraine.

Taylour Paige won best actress for her portrayal of a stripper who becomes embroiled with a prostitution scam in "Zola," a black comedy based on a viral Twitter thread.

Rex said his career had been "in the toilet" before director Sean Baker approached him to make the tiny film, which sees him running naked down the streets of a small Texas town while wearing a prosthetic penis.

"Thank you so much for recognizing my fake penis," joked Rex.

"This movie was made for $1 million with a 10-person crew with no permits," he added.

"If this doesn't embody the spirit... of independent film, I don't know what does."

The Spirit Awards are typically held the day before the Oscars, but this year were held three weeks prior, meaning voting for the season-concluding Academy Awards has not yet taken place.

The film follows high school teen Ruby as she juggles her musical ambitions with her deaf family's dependence on her to communicate with the "hearing" world.

"Summer of Soul (...Or, When The Revolution Could Not Be Televised)" -- musician Questlove's first movie about the huge "Black Woodstock" festival that took place in 1969 Harlem -- won best documentary.

The film brings to light long-lost and never-before-seen footage of the star-studded concert, which was attended by 300,000 people and featured Stevie Wonder, Nina Simone and Mahalia Jackson.

Questlove -- real name Ahmir Thompson -- said it "took a village of people to free this film from its 50-year sentence sitting inside of a basement."

Each year, the Spirit Awards gives the prestigious Robert Altman Award to a film's director, casting director and cast.

"Mass," a harrowing drama in which a school mass shooting victim's parents sit down with the mother and father of the attacker in a bid to find closure, received the pre-announced honor.

The Oscars take place in Hollywood on March 27. 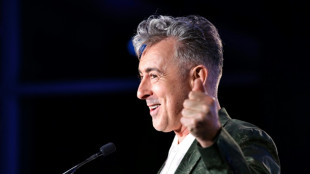 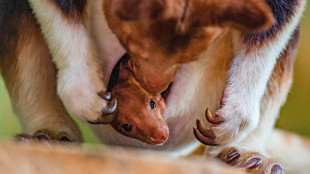 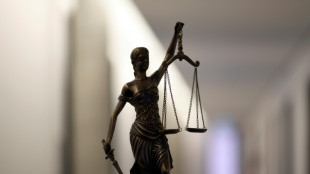 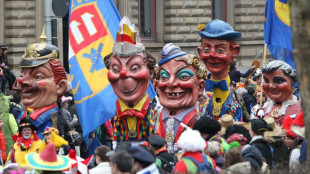