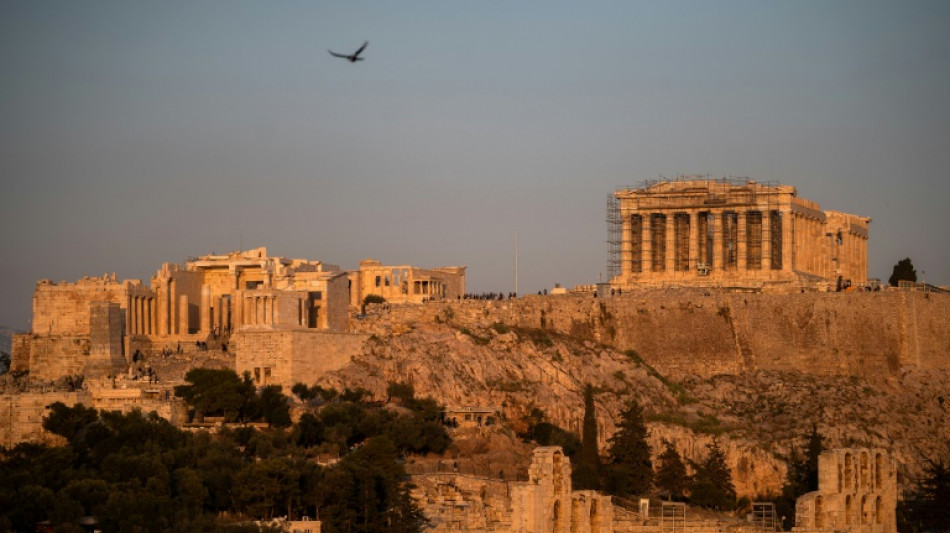 With 18 UNESCO World Heritage sites, including the Acropolis facing a new push for tourism, experts are calling for a "fine balance" to be struck between protecting Greece's great ancient monuments and further development.

To mark the 50th anniversary of the UNESCO World Heritage Convention an international conference opens in Delphi on Thursday under the banner of "challenging times enhancing resilience and sustainability".

More than half of Greece's World Heritage sites date from Antiquity, such as the Parthenon in Athens, the Temple of Apollo, Olympia and the sanctuary of Delphi itself.

But Byzantine and Middle Age sites are also on the UNESCO list, including the Cave of the Apocalypse on Patmos, the mediaeval city of Rhodes and Mount Athos, the monastic enclave that bans women.

"Obviously the already high number of visitors has increased," she added.

The world heritage sites enjoy a privileged position compared with Greece's other monuments, although they too come under strict legislative protection.

In August at the height of the summer season, Mendoni and tourism minister Vassilis Kikilias boasted the Acropolis was seeing 16,000 tourists a day, far more than the previous year.

The first nine months of 2022 saw foreign tourist arrivals more than double over the previous year.

That sparked debate about the threat of over-tourism.

Turning a page on the economic crisis of the last decade and the Covid-19 pandemic, Athens has put tourism development as the main economic driver and top of its priorities, a decision criticised by experts.

"The Greek crisis exacerbated the decline of the scientific model ... to the benefit of growth, which is now more of a priority than ever," said Yannis Theocharis, an archaeologist at the culture ministry, adding that it does not help sustainable development.

The vice-president of the Union of Greek Archaeologists deplored that "numerous monuments have been degraded" by development work.

"The contractors get involved in restoration for money reasons," rather than cultural, he said.

The Acropolis was at the centre of controversy two years ago when the Greek government decided a lift and a concrete ramp were "necessary" to improve access for the handicapped.

That led some archaeologists to condemn an over-technological approach that "alters a monument aesthetically", though both innovations were built..

"Greece is making a real effort to take into account what is at stake from over-tourism, with tangible results," he added.

Electronic ticketing and other management systems have been set up to cope with visitor numbers at sites such as the Acropolis, he said.

For Antonia Zervaki, "It's not all black or white. Conservation and exploitation are in a constant struggle to find a fine balance."