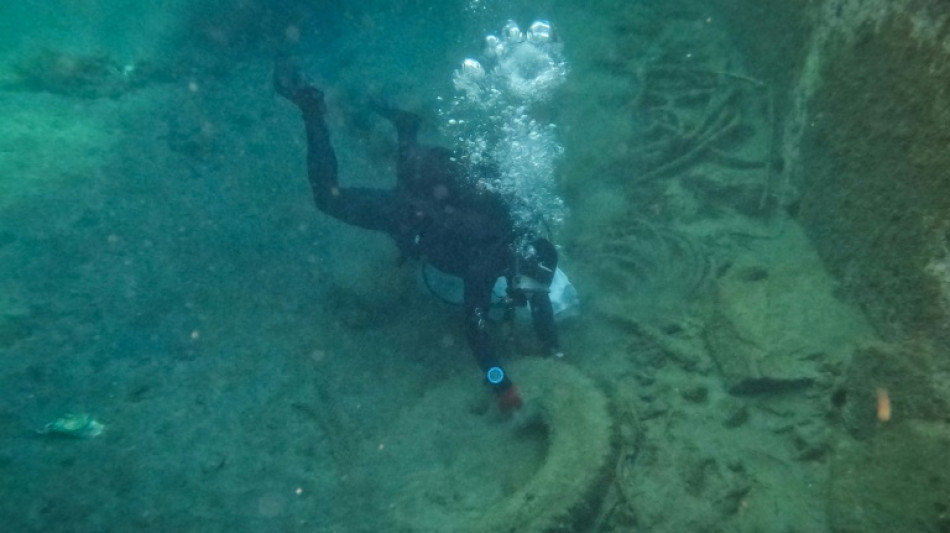 On the Greek island of Naxos, two divers reeled in not the catch of the day but a jumble of cable, rope, fishing nets and old clothes from the seafloor.

They are part of a dozen-strong team from Aegean Rebreath, marine conservationists who for the past five years have sought to preserve the azure waters that attract millions of holidaymakers every summer.

On a bright winter's day, they fished out tires, chairs, mobile phones, cutlery, CDs, and a broom, alongside dozens of cans and bottles.

"We have extracted more than a ton of marine waste from the port (in two days)," said George Sarelakos, the group's co-founder and head.

"The other side of the harbour is a real dumping ground," said Sarelakos, 44.

Greece's struggle with marine pollution is not new.

In 2019, actor Leonardo DiCaprio said in an Instagram post that there were plastic bags, toilet seats and hundreds of discarded fishing nets "stuck to the seabed" of nearby Andros island.

On a wooden boat moored off Naxos, a wrinkled fisherman carefully cleaned a yellow net clasped between his toes.

Discarded fishing nets are a key threat to marine wildlife.

With limited space on their small craft, fishermen also throw back any waste they catch in their nets said Aegean Rebreath volunteer diver Theodora Francis.

Fishermen "lack the awareness of environmental issues," said Francis, 29, an occupational therapist based near Athens.

Naxos mayor Dimitrios Lianos said fishermen should do more to "protect the marine environment because it is their livelihood".

Tourism accounts for a quarter of Greece's national output and receives leeway when it comes to the application of stringent regulations.

Greece produces some 700,000 tons of plastic waste per year, according to a 2019 study by WWF which says a quarter of that is down to summer tourists.

The country accounts for 2.5 percent of Mediterranean basin plastic waste compared to 21.1 percent produced by Italy, and 15.1 percent by France, the study showed.

"Some 25 percent of plastic waste generation (in Greece) is due to the influx of tourists during the summer," Plitharas told AFP.

An environmental tax on plastic bags introduced in 2018, currently set at 0.09 euros, has not made a huge difference.

Back on Naxos, Francis struggled to remove her wetsuit after two hours of trawling the popular Cycladic island's harbour seabed.

The Aegean Rebreath team made a weekend stop at Naxos after trips to Zakynthos and Heraklion, Crete, diving to depths of more than 40 metres (131 feet) where necessary.

They will soon carry out a final mission in Corfu before packing away their oxygen tanks and fins for winter.

In 75 clean-up operations thus far, the group's 300 or so volunteer divers have recovered 1,700 tires, 21 tonnes of fishing nets, 90,000 plastic bottles and giant sacks of plastic bags, one of the main contaminants.

"We purposely spread out on the dock everything we bring up. That's the only way people can see the extent of the problem," said Francis.

Their work has made an impression on Francois and Salome, a French couple permanently based on Naxos, who were helping out.

She had on gloves and helped to pick apart the plastic and metal scraps which the NGO will then log on a database.

"This country is magnificent. We must take care of it." 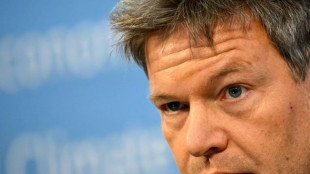 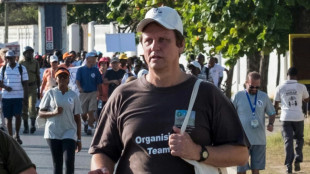 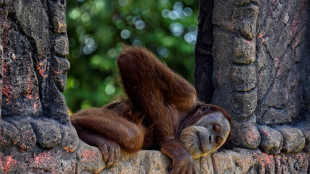 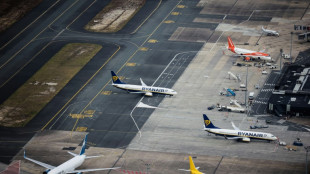