Portugal will not be 'pushovers' at Rugby World Cup, says coach Lagisquet 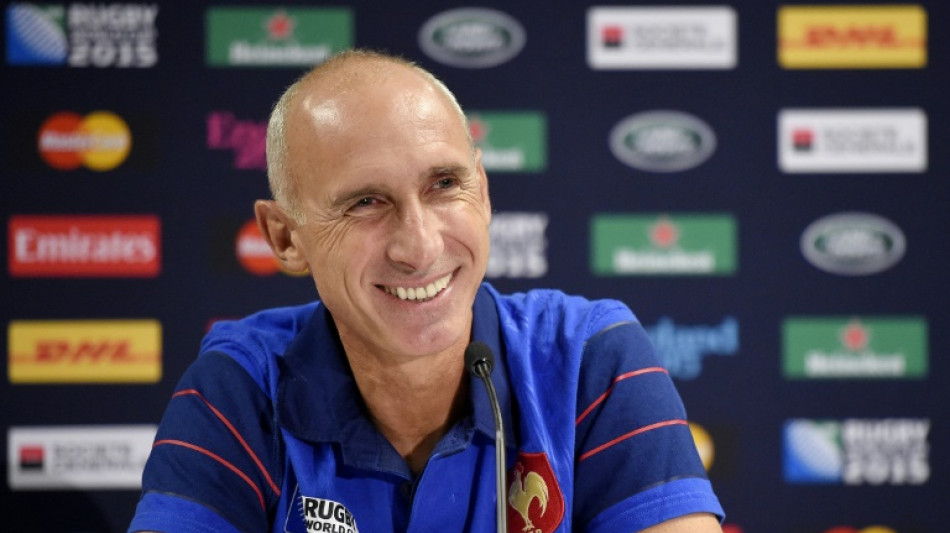 Portugal will not travel to next year's Rugby World Cup in France as "pushovers" despite being the 20th and last team to qualify for the tournament, according to coach Patrice Lagisquet.

The former France winger also called on World Rugby to better help teams like Portugal in light of the progression of rivals Georgia, who notched up a historic 13-12 victory over Wales last weekend.

The Portuguese clinched the final berth at the World Cup after a 16-16 draw with the USA in Dubai last week, qualifying with a far superior points difference after previous repechage victories over Hong Kong and Kenya.

They will make their second appearance at the finals - and their second in France, having also qualified in 2007. But they face a daunting Pool C alongside Australia, Fiji, Georgia and Wales.

"We've already managed to 'challenge' Japan, Italy and Georgia, but we will have a massive step-up ahead," Lagisquet told AFP. "Wales and Australia are another level again.

"We'll have to see how we manage to prepare, how many weeks we'll have, what warm-up matches we can put in place.

"The idea will be to be competitive and above all not to be pushovers, which was slightly the case in 2007 in certain matches."

At the 2007 World Cup Portugal lost all four pool games, to Scotland, Italy, Romania and New Zealand, the latter by 108-13.

Lagisquet, who was capped 46 times by France and was known as a flying winger with a nose for the tryline, took over as head coach of Portugal in the summer of 2019.

He cut his teeth with Biarritz, a team he led three times to French league glory as well as the European Challenge Cup trophy.

The act of Portugal qualifying, he said, gave him "satisfaction at having made this team progress, at having lived a great adventure, at having built something".

When he took over, the Frenchman said the squad consisted of "a bunch of kids who were 18 to 20 years old, and several players who were far from having the level currently shown".

"It was not easy on a daily basis, there were still some disappointments. We had to attract interest from professional players in France in order to enable amateur players from Portugal to become pros... We had to combine a lot of factors to achieve this result."

Lagisquet admitted that blending pros with amateurs was something that had not always taken in the past.

"I wanted to show that my requirements were the same for everyone," he said.

"We beat Romania in the second-tier Six Nations Tournament in 2020 and that acted as the founding point. The players celebrated together long and hard into the night and it was possible to build a squad with shared experiences.

"There was also a huge desire from most of these players. That's what was pretty awesome to experience, everything they gave to go after this dream that became a reality."

Lagisquet was under no illusion about which country inspired his adventure with Portugal.

"I have said from the beginning that the model is Georgia," he said. "It is a nation that has done a lot of work on training, development, and it is showing great progress.

"Portugal has embarked on pretty much the same approach and it must be highlighted. World Rugby should be able to provide additional resources so that we really have this training step to expand the basket of professional players.

"In Portugal, there are no foreigners," Lagisquet added. "The squad is made up of players who are either Portuguese, or whose parents or grandparents are Portuguese. There is therefore a very strong link with the country."