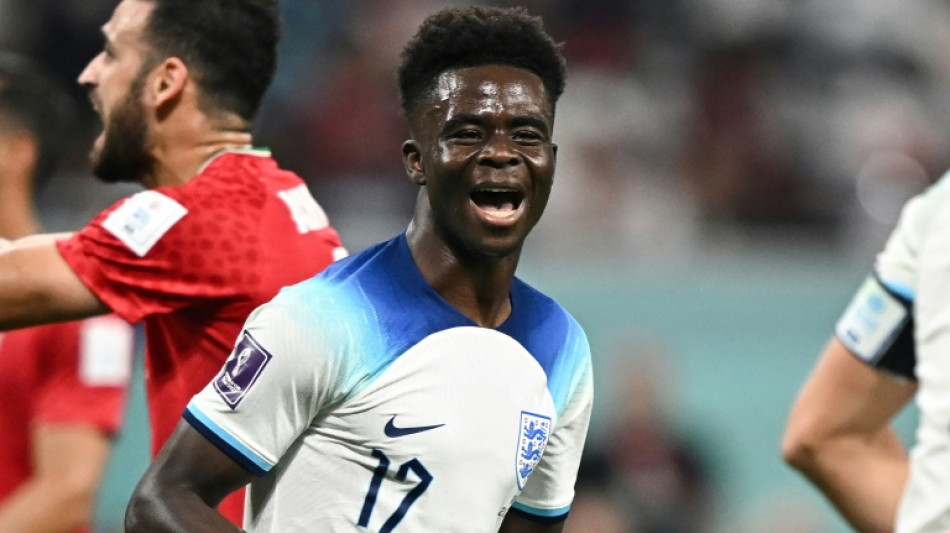 Bukayo Saka said England sent a statement of what they can achieve at the World Cup after thrashing Iran 6-2 on Monday to launch their campaign in style.

"We needed that good start. We haven't played the best coming into the tournament. There was a lot of talk and speculation about our form but we showed everyone how much quality we have and what we can do," Saka told the BBC.

"It is amazing to get the win under so much pressure. But we have to be consistent because we have the next game coming up in a few days and we have to win again."

Saka missed the decisive penalty as England lost the Euro 2020 final to Italy 16 months ago.

But he has bounced back in style at club level to help Arsenal to the top of the Premier League and justified Southgate's call to start him ahead of Manchester City's Phil Foden.

"I can't describe the feeling, it is amazing. I am so happy and so proud. We got the win as well so it is a really special day," added Saka.

"I feel in a good place. I feel the support and love from the fans, the coaching staff and my teammates.

"That is all I need. I feel ready to give 100 percent and I will continue to do that every time I put the shirt on."

Bellingham opened the floodgates with a deft header to score his first England goal.

"I told you I wanted to try and score more goals for Dortmund and England," said the Borussia Dortmund midfielder.

"It was a brilliant ball from (Luke) Shaw and I was just there to flick it away. Really proud moment for me.

"It's a really good day for us. Six goals in a World Cup game is really impressive regardless of who you play against."