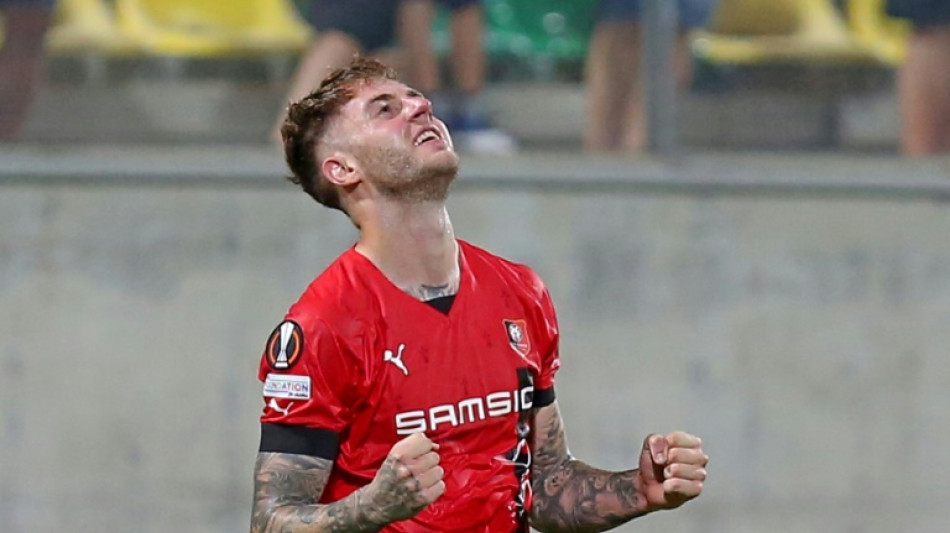 Wales centre-back Joe Rodon is far too young to remember the one and only time his country played at a World Cup, 64 years ago.

The 25-year-old defender, on loan at Rennes from Tottenham, is set to start on Monday as Wales appear in the tournament for the first time since 1958 when they face the United States in Doha.

Rob Page's side reached the finals with a play-off victory over Ukraine in Cardiff in June.

"I think the emotions that were shown that day in Cardiff, especially at home with all the fans, hit every player," Rodon told AFP.

"It was such a long journey. My parents and all my family were crying after the game so I could see how much it meant to them."

Up until Euro 2016, when they went on to reach the semi-finals, Wales repeatedly tried and failed to replicate the feat achieved by the 1958 side, featuring John Charles and Cliff Jones, of reaching a major tournament.

Defender Paul Bodin missed a penalty in a 1994 qualifier against Romania when victory would have sent Wales to the USA, while the 2003 vintage including Ryan Giggs slipped to a European Championship play-off loss to Russia.

But, six years ago, the anguish turned to joy at Euro 2016 in France, as Gareth Bale and Aaron Ramsey helped the country of three million people all the way to the last four.

Rodon has played alongside Bale for Wales since 2019 and spent a season with the five-time Champions League winner when the former Real Madrid star was on loan at Tottenham.

"Everyone knows what he is," Rodon said from a hospitality box at Rennes' Roazhon Park. "He's been one of the world's best for years and we're so delighted to have him as one of ours.

"Not just that, he's funny, he jokes, he kind of takes that pressure off the team.

"He's a close friend of mine as well. It's a pleasure to have him. Hopefully we can keep him for a few years."

Rodon, who came through Swansea's academy, has enjoyed a fine start to life at Rennes, with the club sitting third in Ligue 1 after an 11-match unbeaten run in the French top flight.

"Ben's one of my best friends in football as well," Rodon said. "I miss them but it was brilliant to have those two there when I was there. It helped me settle in fast and Sonny as well.

"It was a brilliant experience, and one that I'll always remember. We'll see what the future holds."

Rodon has become a mainstay under Page and was an important player in Wales' journey to the last 16 of Euro 2020, where they played two group games in searing heat in Azerbaijan.

Wales have pushed back their training sessions in Qatar to avoid the hottest parts of the day.

"The environment is going to be challenging for us as we're used to the cold," Rodon said.

"At the end of the day, it's a game of football, that's all we can concentrate and focus on and we'll take each game as it comes."

Four days after taking on the Americans, Wales face Iran before ending their Group B campaign against closest rivals England.

"I don't want to think about that (England game) yet," Rodon said.

"Everyone knows they're our neighbours, we're next door to each other but I don't want to talk about us or them, about the game. I just want to focus on the first one.