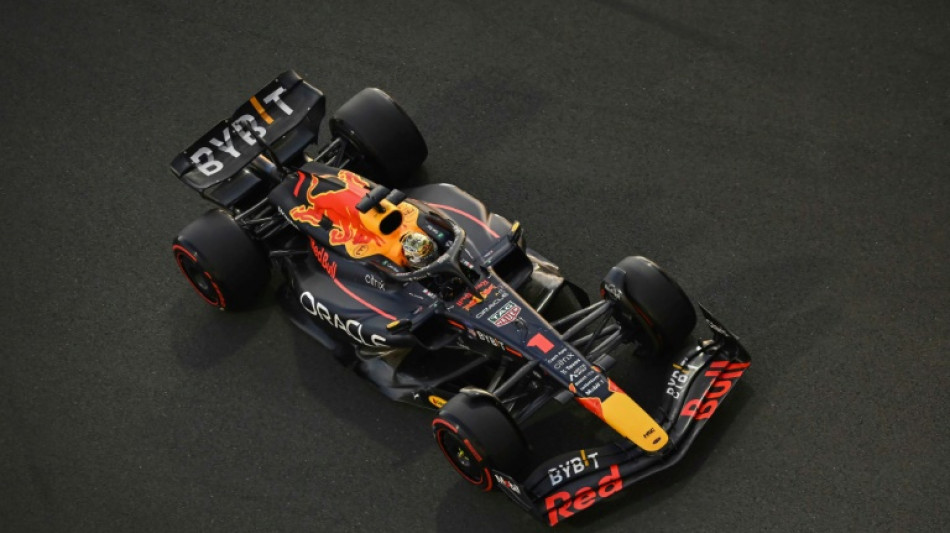 The two-time world champion had missed the earlier opening session, but bounced back in typical form, showing total commitment and pace to beat Russell, who claimed his maiden victory in Brazil last weekend, by 0.341 seconds

Ferrari's Charles Leclerc was third ahead of seven-time champion Lewis Hamilton of Mercedes, Sergio Perez in the second Red Bull and Carlos Sainz in the second Ferrari.

Leclerc was clearly dismayed by his lack of speed in comparison with his rivals. "Why am I so slow?" he asked his team. "Our pace is not great," came the reply.

Esteban Ocon was seventh for Alpine ahead of team-mate two-time champion Fernando Alonso, who leaves the team for Aston Martin after this weekend's finale.

Daniel Ricciardo was ninth, in his final weekend with McLaren.

After a roller-coaster season that saw his contract trimmed, Ricciardo found himself slithering on a slippy patch of new asphalt in his McLaren pit box ahead of his final race with the team.

Earlier, Red Bull's influential consultant Helmut Marko had told Sky Sports Germany that the Australian driver was set to return to Red Bull next year, as a third driver, ending speculation linking him with Mercedes.

The twilight session, which offered representative conditions ahead of qualifying on Saturday and Sunday's race, began with an air temperature of 31 degrees Celsius and the track at 37 as a hungry-for-action Verstappen led out of the pit lane.

Vettel was quick to clock a lap that was soon bettered by Bottas and then Leclerc, in 1:26.045 on mediums, before Verstappen rose to the top after 17 minutes, clocking 1:25.449.

The Dutchman retained his position and improved it after 39 minutes with a lap in 1:25.146, lifting him three-tenths clear of Russell's Mercedes in second.

The revelation that Ricciardo was Red Bull-bound in 2023 was interpreted by many paddock observers as a signal that Mercedes were poised to offer Mick Schumacher a similar reserve and test role in 2023, following his release by Haas.

To their credit, both drivers produced committed laps as the lights came on to produce dazzling light around the Yas Marina Circuit, the young German outpacing his team-mate Kevin Magnussen in 17th and 18th with three minutes remaining.

At the top, Verstappen continued to set the pace and was lapping seven-tenths faster than Red Bull team-mate Perez, a performance that suggested he was relieved to escape the scrutiny of news and social media observers since he rejected team orders in Brazil.

In first practice earlier, Hamilton, returning to the scene of his acrimonious and controversial defeat by Verstappen in last year's title-deciding race, led from Russell.

Verstappen's drive in the morning was taken by Liam Lawson.

It was a convincing performance by the young New Zealander on his first run in a Red Bull for his third FP1 appearance of the season.

Eight regular drivers gave up their seats to ambitious reserves for the session.