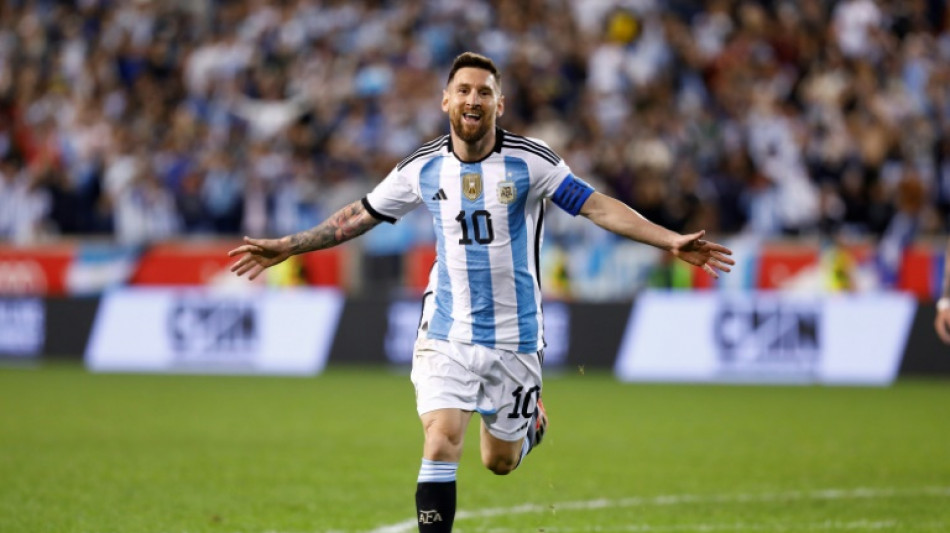 After a 12-year build-up engulfed by a desert storm of controversy, the World Cup finally kicks off in Qatar on Sunday with Lionel Messi aiming to crown his glittering career by winning football's greatest prize.

The first ever World Cup held in the Arab world -- and the first staged outside of the northern hemisphere's summer window -- gets under way at the 60,000-capacity Al Bayt Stadium, where hosts Qatar take on Ecuador in Group A.

It marks the start of a month-long footballing extravaganza that embattled Qatari organisers desperately hope will be remembered for events on the field rather than off it.

So far talk of the tournament proper has struggled to emerge from the long shadow cast by allegations of corruption, mistreatment of migrant workers and criticism of Qatar's human rights record.

Yet there are enough storylines to suggest that the 2022 finals may prove to be every bit as engrossing as past editions once the action does get under way this weekend.

Perhaps the most intriguing concerns Argentina and their captain Messi, who at the age of 35 is playing in his fifth and final World Cup.

The Paris Saint-Germain and former Barcelona superstar has won everything there is to win in club football, but has found success on the World Cup stage elusive.

But under Argentina manager Lionel Scaloni, Messi has flourished for the 'Albiceleste', winning last year's Copa America and helping the team go on a 36-game unbeaten streak.

Argentina open their campaign against Saudi Arabia on Tuesday, and will be expected to top a Group C that also includes Poland and Mexico.

Elsewhere, Brazil have been installed as several bookmakers' favourites to win a sixth World Cup, with Messi's PSG team-mate Neymar determined to atone for disappointments at the 2014 and 2018 World Cup.

"It has been since I understood what football was. Now I'm getting another chance so I hope to make it."

The Brazilians face Serbia, Switzerland and Cameroon in Group G, and could well face a quarter-final against either Germany or Spain if the tournament seedings go to plan.

"The World Cup is full of surprises," Neymar said. "You get teams that unexpectedly get very far even in the competition even if many don't believe in them. But I believe the favourites are Argentina, Germany, Spain and France.

"I think those four along with Brazil are fully capable of reaching the final."

While Argentina and Brazil have arrived in Qatar in prime form, defending champions France touched down in Doha shrouded in uncertainty.

The 2018 champions are bidding to become the first back-to-back World Cup winners since Brazil completed a double in 1962, but have been beset by injuries that have deprived them of midfield stars Paul Pogba and N'Golo Kante.

France face Euro 2020 semi-finalists Denmark, Tunisia and Australia in Group D. The reward for winning the group will likely mean avoiding Argentina in the last 16.

If France emerge top of their group, it could well set up a quarter-final against England, who head into the tournament with little to suggest that their 56-year wait for a major title is about to come to an end.

Gareth Southgate's squad have failed to win any of their last six matches, the team's worst run of form since 1993.

The Three Lions kick off their campaign against Group B rivals Iran on Monday, and then face potentially awkward tests against Wales and the United States.

England's preparations have also been hit by the injury absence of in-form defender Reece James, just one name on a lengthening list of players ruled out of the tournament. Senegal star Sadio Mane was added to the absentees late Thursday after undergoing knee surgery.

The mounting injury toll has been attributed to football's compressed schedule leading into the tournament -- a cause for concern for global players' union FIFPro.

Most players in Europe were in action for their clubs just days before heading to Qatar, and many will be pressed back into action swiftly after the tournament concludes with the final on December 18.

"Significantly reduced preparation and recovery periods before and after this World Cup pose an ominous threat to player health and hinder performance optimisation," FIFPro warned this week.