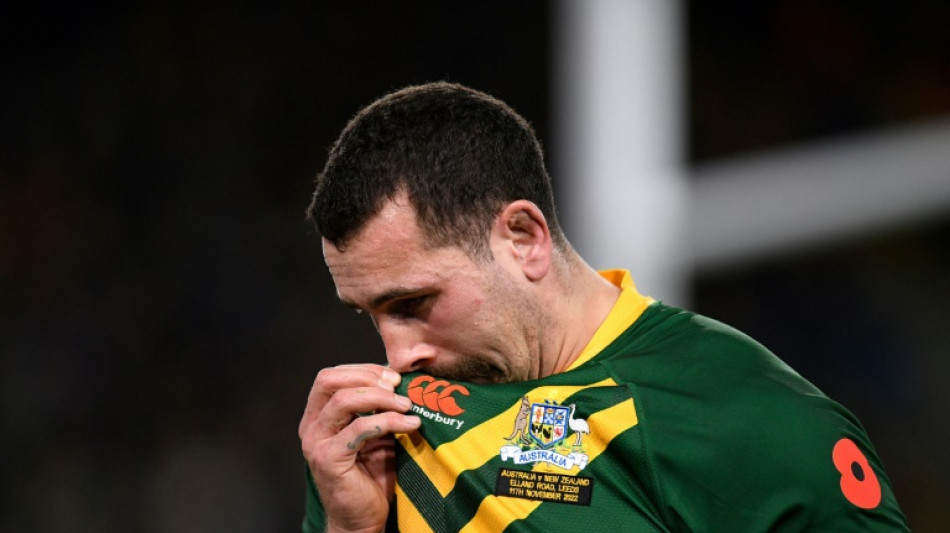 Australia coach Mal Meninga has vowed that his Kangaroos side, bidding for a third consecutive title, will not take surprise finalists Samoa lightly when the two teams meet at Old Trafford on Saturday.

The Kangaroos booked a place in their 10th World Cup final after edging New Zealand 16-14 in the first semi-final before Samoa stunned hosts England 27-26 in a golden-point field goal thriller in their last-four clash last weekend.

Australia, however, are on an 18-game World Cup winning streak on English soil -- by an average margin of 45 points per game -- with their last defeat coming in October 1995 when they lost to England (20-16).

Samoa have never beaten Australia in their three previous internationals, but Meninga said his team would be taking them seriously.

"The expectation is we are expected to win, that's a burden we always carry with this Kangaroos jersey," said Meninga.

"I wouldn't say Samoa are underdogs, they've played really good rugby league and it's not how you start the tournament, it's how you finish it.

"We aren't underestimating them and we've full respect for them and we will need to be at our best to win it."

It has been some route to the final at the home of English Premier League giants Manchester United for Samoa, who were thrashed 60-6 by England in the tournament opener.

Coach Matt Parish has at his hands a squad packed full of players with vast NRL experience, many of whom, despite being Australian-born and raised, opted to play for Samoa as their country of heritage rather than turning out for Australia or New Zealand.

"What has brought us to this point is the team effort," said Parish. "I'm so proud of our progress and how we've grown in every game. And we've got a lot more growing to do to compete against the Kangaroos."

Stand-off Jarome Luai has been the fulcrum of the Samoa side, winning three man-of-the-match awards at this tournament.

"He's had an amazing tournament but so have other players," said Parish.

"He has been unbelievable for us. Jarome’s been exceptional on and off the field. His growth has been incredible as a player and a man. You could see in 2017 that he was a very confident young man. A lot of people get the wrong perception of him because he plays with so much confidence."

Luai will be up against close friend and Penrith Panthers teammate Nathan Cleary for the first time since their junior days on the biggest stage of all.

"But out there, there’s no friends on the field, there’s only brothers and enemies. I’m always going to look at that the same way so I can’t wait to get out there against him."

That is just one of a number of intriguing subplots in the final also including Kangaroos skipper James Tedesco's match-up with Sydney Roosters teenage teammate Joseph Suaali’i, who has been in fine fettle at the back for Samoa.

"After that first game where England smoked them, I knew that they weren’t at their best," Kangaroos lock Angus Crichton said.

"I’m not surprised they are in the final because there’s danger all over the park. They’re a dangerous team.

"It’s clear to see how well they move the ball and you see the guys they’ve got in their team."

Despite some poor attendances and one-sided scores in the group stages, the 16th Rugby League World Cup was on Thursday hailed a success by chief executive Jon Dutton.

"There are many learnings and some things we didn't do as well as we could have done but we couldn't have planned for the challenges of pandemic and postponement," said Dutton.

A crowd of around 64,000 is expected on Saturday, which will feature a double-header with the women's final preceding the men's, which will take the aggregate for the men's tournament past 400,000 -- some 50,000 short of the overall record established in England in 2013 but much more than the 2017 edition in Australia.