Hammer blow for Senegal as Mane ruled out of World Cup 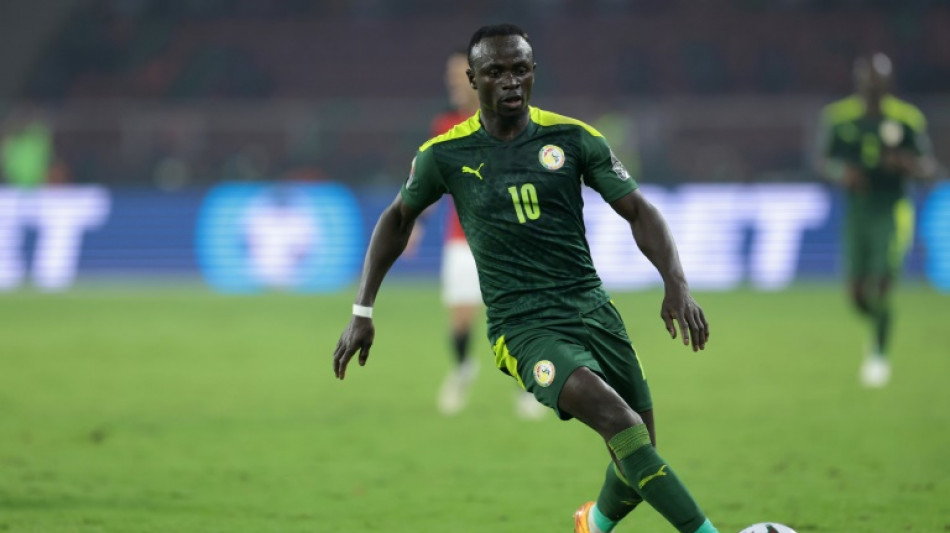 Hammer blow for Senegal as Mane ruled out of World Cup / Foto: © AFP

Senegal star Sadio Mane has lost his race to be fit for the 2022 World Cup and has been withdrawn from their squad, the country's football federation announced on Thursday.

Mane was voted second in the Ballon d'Or last month behind Karim Benzema and the 30-year-old Bayern Munich forward will be sorely missed by the African champions.

The emblematic Mane scored the winning penalty in a shootout victory against Egypt in the African Cup of Nations final and repeated the feat against the same opponents to qualify the Lions of Teranga for the World Cup.

He was voted African footballer of the year for his feats, and has scored 33 times in 92 matches for Senegal.

Mane picked up his shin injury playing for Bayern earlier this month but was named in the World Cup squad in the hope he could regain fitness.

But on Thursday Senegal said the former Liverpool star would not make it.

"Unfortunately, today's (Thursday) MRI shows us that the improvement is not as favorable as we imagined and unfortunately we have to withdraw Sadio from the World Cup," said team doctor, Manuel Afonso in a video on the official Senegal Twitter account.

Senegal had hoped their talisman would be fit in time for their opening game on November 21 against the Netherlands.

They will also take on hosts Qatar and Ecuador in Group A.

Senegal football federation chief Augustin Senghor told AFP Thursday there was no panic over the loss and said the player's health had been paramount in their decision.

"We have been ready for this since the news of his injury," Senghor said.

"We had been waiting for new test results and when they came in we all agreed his health had to come first."

When asked how the team had taken the blow Senghor replied: "Zen".

But Senegal international Pape Gueye told AFP that Mane would be missed.

"Mane is irreplacable," he said.

"But we do have other options on the flank, and that's a ray of hope on a dark day for Senegal."

After naming Mane in his World Cup squad a week ago, coach Aliou Cisse was optimistic but cautious.

"Losing Sadio Mane is not an easy thing for a coach, for the team, even for African football," he said.

Mane had been in Munich receiving treatment with his club.