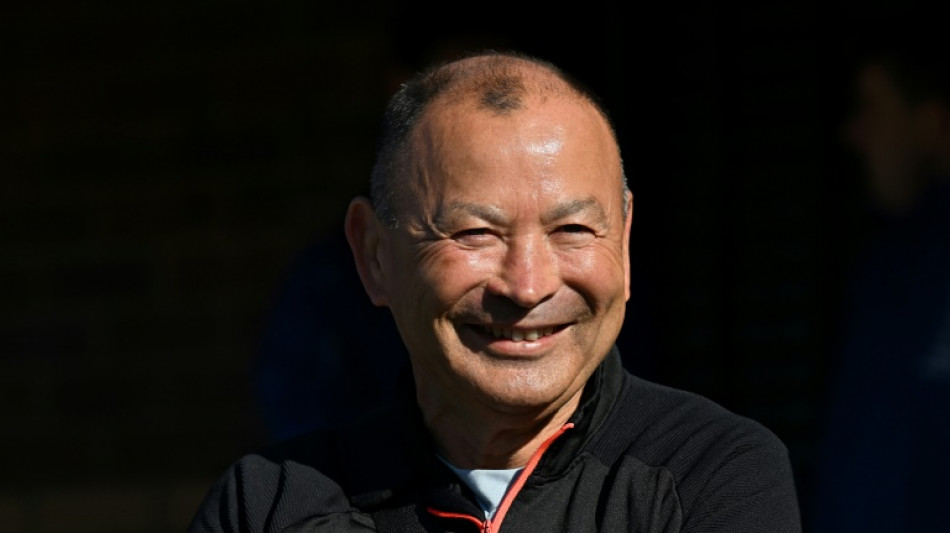 England coach Eddie Jones compared playing New Zealand to climbing Everest as he urged his side to scale a mountainous challenge against the All Blacks at Twickenham on Saturday.

England have won just eight out of 42 Tests, including one draw, against the All Blacks -- a success rate of a mere 19 percent.

But their last meeting against New Zealand saw England triumph 19-7 in a 2019 World Cup semi-final.

"Everyone's excited. This is like if you're a mountain climber going to the top of Mount Everest," said Jones after naming his team for this weekend's Autumn Nations series international on Thursday.

"New Zealand are historically the most successful team in world rugby and the team you want to play against.

"It takes a massive effort to beat them and our players understand that. We're prepared for it. We're going after them, they're not coming after us."

Jones has made three personnel changes to his starting side following last week's 52-13 rout of Japan, recalling wing Jack Nowell, powerhouse centre Manu Tuilagi and No 8 Billy Vunipola in a team where captain Owen Farrell will win his 100th cap for England.

Vunipola, Tuilagi and Farrell were all in the side that won in Yokohama three years ago, a match where England faced down New Zealand's traditional pre-match Haka challenge by lining up in an eye-catching V-shape formation.

New Zealand have arrived in London on a six-game winning streak, but had lost six of their previous eight Tests to leave coach Ian Foster battling to stay in his job ahead of next year's World Cup in France.

"We expect the best version of them. It's the last game of their tour and they want to finish the tour well," Jones said.

"It's been a tough old year for them in which they've had a lot of criticism, but they ended up winning the Rugby Championship so they did well and that shows how much they can get their mind on the job."