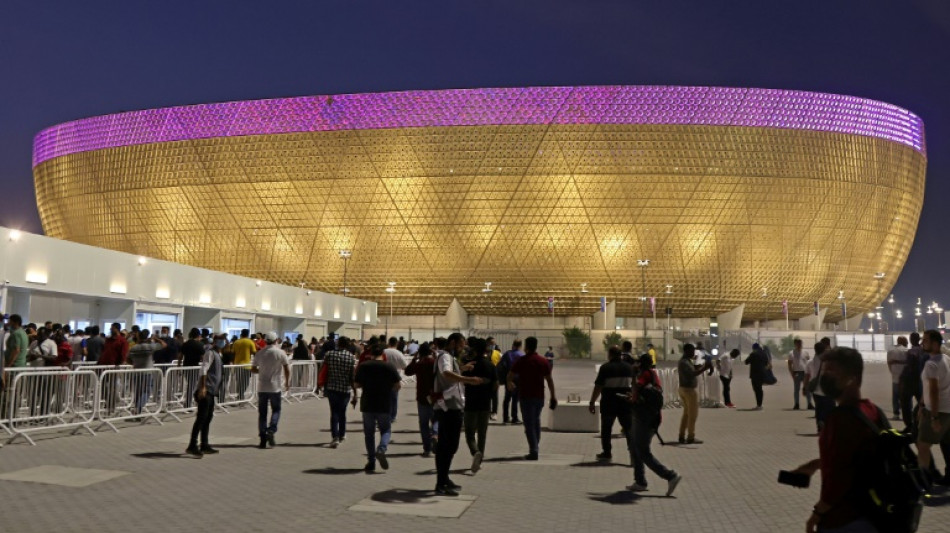 England and Netherlands arrive in Qatar as Infantino calls for focus on football / Foto: © AFP

England and the Netherlands will be the first World Cup heavyweights to arrive in Qatar on Tuesday as FIFA President Gianni Infantino again urged teams to focus on the football.

The pleas from football's world governing body have struggled to be heard in some countries as the countdown to Sunday's kick-off has intensified the focus on Qatar's treatment of migrant workers, women and the LGBTQ community.

Infantino said: "Although football is and should be our main focus, the FIFA World Cup is also about values and causes that extend far beyond the pitch and we are delighted that football stars past and present have joined us to promote and highlight these topics, which also unite the whole world."

USA coach Gregg Berhalter explained why his team are displaying a rainbow logo at their training base in Qatar, where homosexuality is illegal.

"We think it’s important, wherever we think that when we are on the world stage and in a venue like Qatar, to bring awareness to these issues," he said.

"We recognise that Qatar has made major strides and there has been a ton of progress but there is some work to do."

Infantino also called for a one-month ceasefire in Ukraine to mark the World Cup, saying sport could bring people together.

He told leaders of the Group of 20 major economies gathered in Bali that he was not "naive" enough to believe the World Cup could solve the world's problems.

But he said the tournament offered a "unique platform", with an estimated five billion people expected to watch on television.

Russia hosted the 2018 World Cup finals but FIFA barred the Russian team from the qualifying play-offs for Qatar in response to the invasion of Ukraine.

Gareth Southgate's England team, spearheaded by striker Harry Kane, head to Qatar seeking to go one better than four years ago when they lost in the semi-finals and end a 56-year wait to win the World Cup.

The Netherlands, whose outspoken coach Louis van Gaal has not hidden his opinion that Qatar should never have been allowed to host the World Cup, are also due to arrive.

Denmark's coach Kasper Hjulmand said his team would focus on football once they arrive in the Gulf state on Tuesday, after FIFA rejected the country's request to wear special jerseys advocating human rights at training.

Jakob Jensen, CEO of the Danish Football Association said: "The players are here to play football, they're dreaming of winning the World Cup. They should be able to focus on playing."

Qatar has rejected many of the accusations against its rights record as "racism".

The country of barely three million people and one of the world's biggest producers of natural gas, has spent lavishly to build stadiums and infrastructure since winning the shock vote in 2010.

New stadiums have cost more than $6.5 billion and a driverless metro system with a price tag of $36 billion serves five of the eight venues.

Some estimates put total infrastructure spending over the past decade at $200 billion.