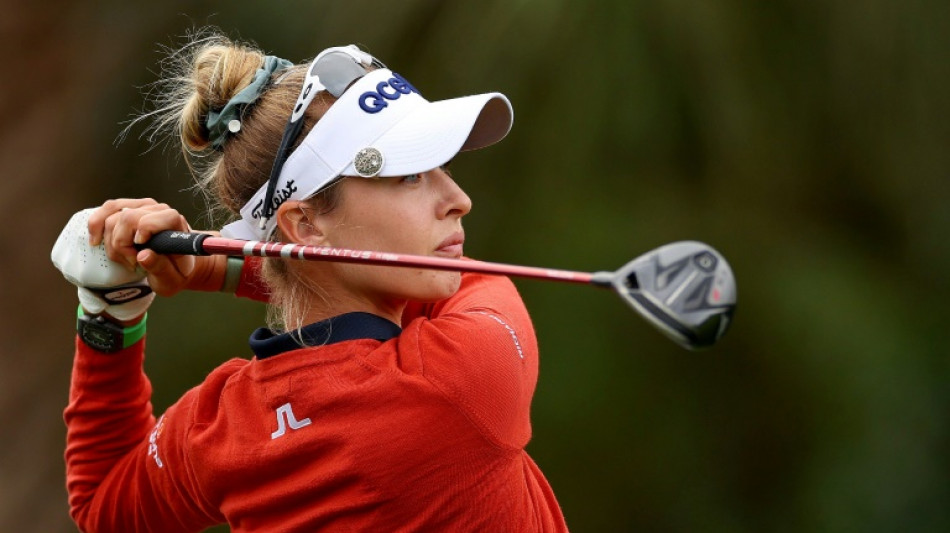 Nelly Korda fired seven birdies in a six-under par 64 on Sunday to seize victory in the LPGA Pelican Women's Championship and return to the top of the world rankings.

The American's storming last round saw her defend the title she won last year and lift her first trophy of what has been a tough 2022.

Korda missed much of the first half of the season because of a blood clot in her arm that required surgery.

She had taken the last five weeks off after missing back-to-back cuts at the NW Arkansas Championship and the Ascendant LPGA in Texas.

"Honestly, amazing," said Korda, who will rise from fourth in the world to supplant Thai teenager Atthaya Thitikul atop the rankings.

It will be Korda's third stint atop the rankings, her two previous runs there totalling 29 weeks.

"It's been a tough year. Lots of ups and lots of downs," Korda said. "Missed two cuts in Arkansas and Dallas, but kept my head high and worked really hard during my few weeks off, and feel really good to be back out."

Belleair in her home state of Florida proved just the place to turn things around.

Korda, who started the day two shots off the lead of Allisen Corpuz in the tournament shortened to 54 holes after a storm prevented play on Thursday, surged early with three birdies on the front nine at the first, seventh and eighth.

Her four back-nine birdies included a brace at the 16th and 17th that gave her a two-shot lead over Lexi Thompson heading into the 72nd hole.

Korda's lone mis-step was a bogey at 18. But Thompson missed the green at the last and her pitch to force a playoff didn't drop.

Korda's eighth LPGA title was her first coming from behind, and the Tokyo Olympics gold medallist said she planned to enjoy it before turning her attention to the upcoming Tour Championship season finale.

"I'm just going to soak this all up with my family, and next week is a new week, so I'm going to try to get back in shape and see how it goes," she said.

Thompson finished the day with six birdies and two bogeys in her 66 for 197.

Corpuz, who was seeking a first LPGA title, carded a one-under 69 for solo third on 199.