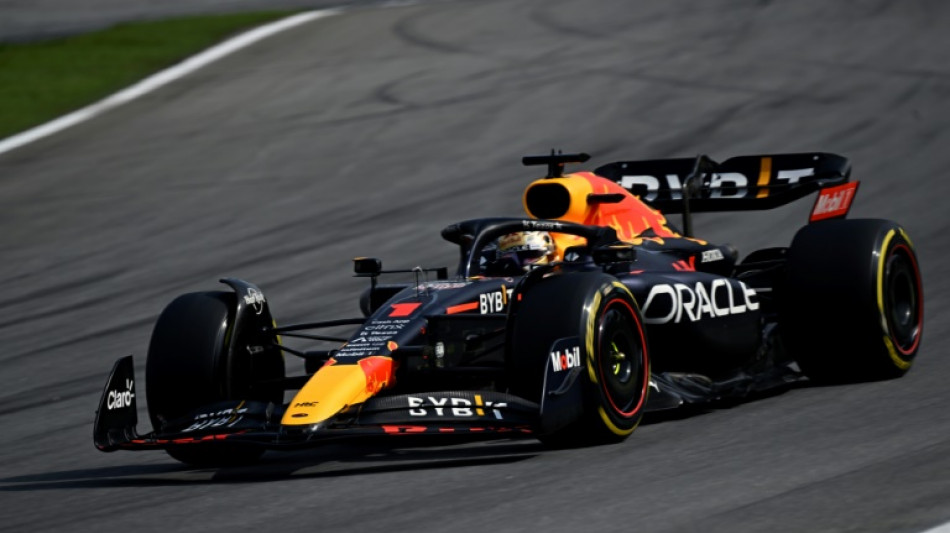 An irritable Max Verstappen refused to give up sixth place to Red Bull team-mate Sergio Perez on the final laps of Sunday’s Sao Paulo Grand Prix with a rasping rebuke on team radio.

The world champion, who collided with his 2021 title rival seven-time champion Lewis Hamilton on lap seven of a stormy race, told his race engineer not to ask him to concede position again in stern fashion.

“I told you already last time – you guys don’t ask that again to me, ok? Are we clear about that?

“I gave my reasons and I stand by it.”

The Dutchman, who clinched his second drivers’ title at last month’s Japanese Grand Prix, was disappointed and frustrated at his fate in an incident-filled race that saw Red Bull miss out on a podium finish for the first time since the season-opening Bahrain Grand Prix.

“Max let Checo through, please,” his engineer had asked him, the team seeking to assist their Mexican driver in his bid to finish ahead of Charles Leclerc in the drivers’ championship.

As a result, in a race won by George Russell, who claimed his maiden triumph ahead of team-mate and compatriot seven-time champion Lewis Hamilton, Perez is level with Ferrari’s Leclerc on 290 points, but the Monegasque is second as he has one more race win this season.

Asked in an interview on Sky Sports F1 to explain his decision not to cooperate with the Red Bull team and help Perez, Verstappen said he had his own reasons.

“The team asked, yes,” he said. “But, I had my reasons for that and we have discussed it and talked about it – so we have drawn a line under that now and we move on from here.

“I am not going into what was said behind closed doors, but they have shaken hands and we are now focussed on the next race,” he said. “We work and we race as a team.

“We want Checo to finish second in the championship and he is now in a straight fight with Charles.”

All involved in what proved to be a sulky and ill-tempered conclusion to a disappointing weekend for Red Bull declined to comment on suggestions that Verstappen’s snub was pay-back for an incident between the two drivers at the Monaco Grand Prix where Perez claimed his first win of the season.

Verstappen's race began badly when he was forced to pit for a new front wing following his clash with Hamilton. He was then given a five-seconds penalty for the incident by the stewards.