Kipchoge sees 'good race' but not sub-2 hours in Berlin 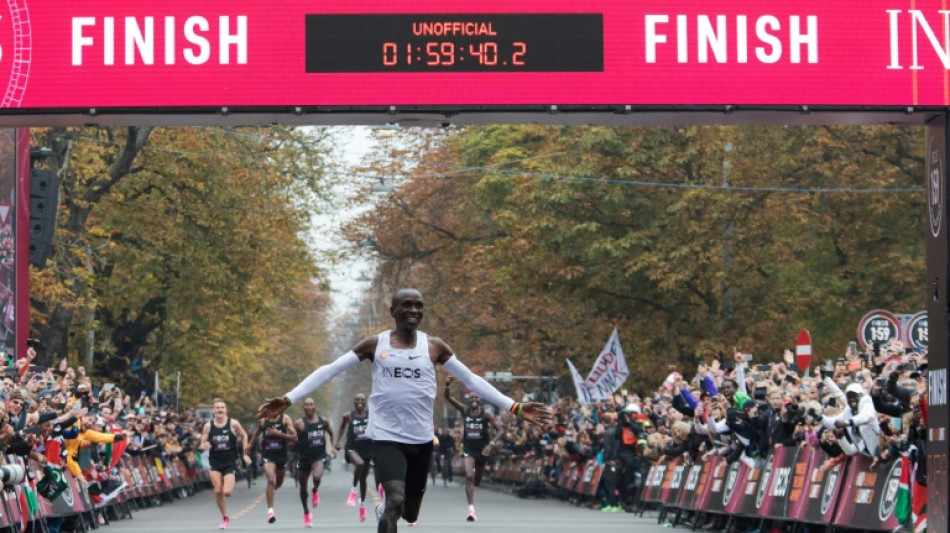 Eliud Kipchoge, the only man to have run the marathon distance in under two hours, has played down his chances of breaking that barrier in the Berlin Marathon next Sunday.

Kipchoge is the hot favourite to win in the German capital and the famously fast Berlin course has sparked speculation that the 37-year-old Kenyan will attempt to dip under the two-hour barrier in a 'normal' race.

To do so, he will have to compete without the teams of pacemakers and laser guidance that aided him when he made history in the tailor-made record attempt in Vienna in 2019.

"I am thinking of running a very good race. I want to run just a very good race, but if it comes it will be my personal best," Kipchoge told reporters in a media round table.

He predicted that: "One day a human will run a normal marathon under two hours."

But he insisted: "I am not going to Berlin to run under two hours but to run a good race."

While Kipchoge's historic time in Vienna of 1hr 59min 40.2sec cannot be counted for record purposes because of the unique way it was organised, the double Olympic champion does hold the official world record of 2:01:39 that he set in Berlin in 2018.

He also said he hoped to be on the start line at the 2024 Paris Olympics to attempt to become the first athlete in history to win three Olympic marathons.

"Paris is critical and crucial for me," he said. "I trust I will have a lot of energy for that race."