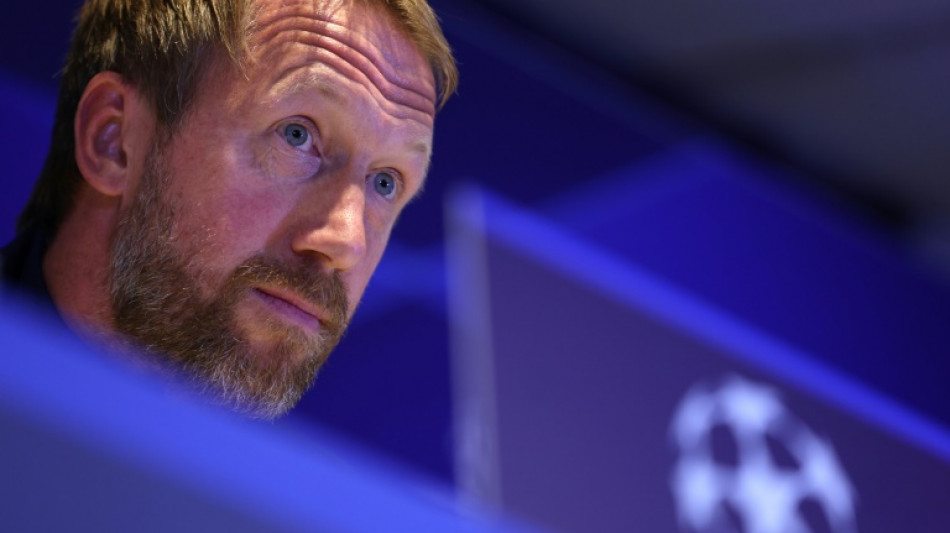 Graham Potter said on Tuesday he expects a baptism of fire as Chelsea manager as he takes charge of a Champions League game for the first time when RB Salzburg visit Stamford Bridge this week.

The Blues sacked Thomas Tuchel after an embarrassing 1-0 loss to Dinamo Zagreb in their opening group game last week, leaving Potter with little room for error if the two-time European champions are to progress to the last 16.

Potter's arrival at one of England's biggest clubs caps a fairytale rise from coaching Ostersunds in Sweden before spells at Swansea and Brighton.

But his only previous experience of European football came in leading Ostersunds into the Europa League, where they enjoyed some notable victories, beating Galatasaray and winning away at Arsenal.

"My experiences in the Champions League are just at supporter level," Potter said at his pre-match press conference as he revealed he has never even attended a Champions League game before.

"Wherever we would start it would be a heck of an introduction, wherever we start it's going to be brilliant, so why not start here?"

Potter has proved himself at Premier League level in just over three seasons at Brighton.

He leaves with the Seagulls fourth in the table, having achieved a club-record high finish of ninth last season.

But he is aware of the leap in expectations after taking over at a club that splashed out around £250 million ($288 million) in the summer transfer window.

"You have to look at the tradition, the quality, size and ambition of the club here. It's a completely different challenge from the one I had at Brighton," he said.

"I had three fantastic years there, but I'm very thankful to the owners here for putting their trust in me."

Chelsea's new ownership group, led by chairman Todd Boehly, has attracted criticism for its allegedly scattergun transfer policy and the swift sacking of Tuchel just days after the window closed.

Potter, though, defended his new bosses' vision for the club, who were crowned European champions with Tuchel at the helm in 2021.

"Chelsea's owners are good people, intelligent people who want to achieve something here," he said.

"It's a really exciting project, and they have some big ideas about how to take the club forward. It felt really positive."

Chelsea will be without goalkeeper Edouard Mendy and midfielder N'Golo Kante for the visit of the Austrian champions on Wednesday.

But Potter hinted both could be back from injury in the near future.

"Edouard Mendy will miss the game, and so will N’Golo Kante," said Potter.

"Both of them are progressing well but the game comes too soon."