Zverev out of Davis Cup with 'extreme pain', likely to miss 'months' 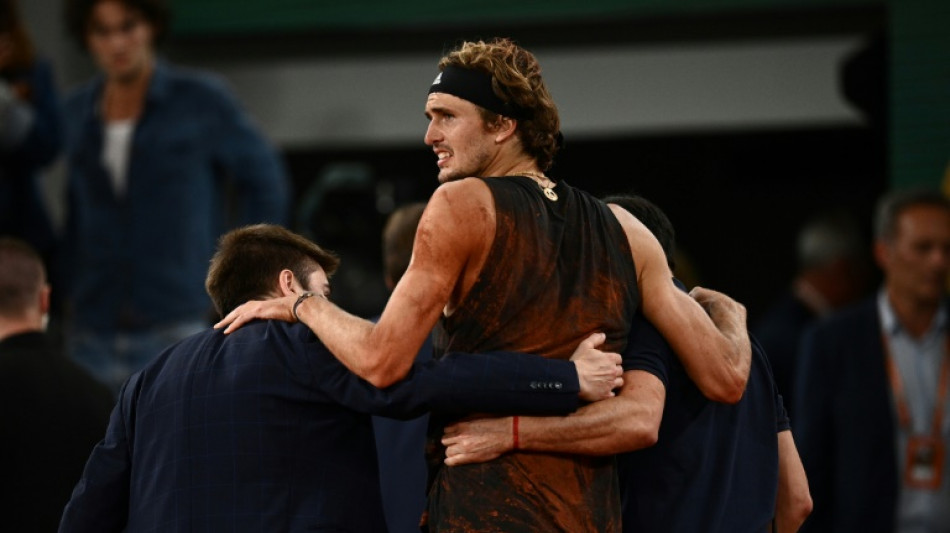 Alexander Zverev will not feature for Germany in this week's Davis Cup group stage in Hamburg after experiencing "extreme pain" and is unlikely to play again this year, he said Monday.

Zverev has been sidelined since tearing ankle ligaments during his semi-final against Rafael Nadal at the French Open in June.

He left the court at Roland Garros in a wheelchair and subsequently underwent surgery to repair three torn ligaments in his right ankle.

The 25-year-old had been named in Germany's squad last month after missing Wimbledon but suffered a setback in his recovery.

"I guess I did too much and now I'm in extreme pain," explained Zverev, who said that even walking was causing him discomfort.

"I need to be sensible, otherwise it could be dangerous for the future."

Zverev dropped from second to fifth in the latest ATP rankings published Monday after the US Open, which he was also forced to sit out.

He has been diagnosed with a build-up of fluid in his ankle, exposing him to the risk of a fracture.

"We're talking about weeks, and in all likelihood months" before a return to competition, said a despondent Zverev.

His focus could shift to regaining full fitness for the Australian Open in January.

Germany begin their Group B campaign against France on Wednesday. They face Belgium on Friday and play Australia on Sunday. The top two nations will advance to November's knockout phase.