Berliner Tageszeitung - Over and out as Gronkowski retires for second time

Over and out as Gronkowski retires for second time 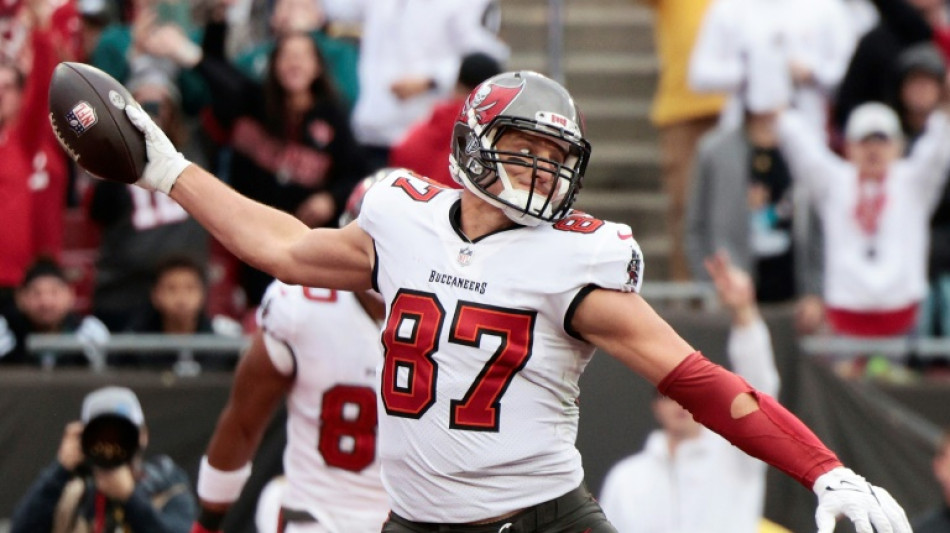 Over and out as Gronkowski retires for second time / Foto: © AFP

The 33-year-old future Hall-of-Famer, regarded by many as one of the best tight ends in history, retired for the first time in 2019 after helping the New England Patriots clinch their sixth Vince Lombardi Trophy.

After sitting out the 2019-2020 season, Gronkowski came out of retirement to be reunited with former Patriots team-mate Brady, and was a pivotal figure in helping Tampa Bay clinch the Super Bowl in the 2020-2021 campaign.

On Tuesday however Gronkowski said his second retirement was permanent.

"I want to thank the whole entire first class Buccaneers organization for an amazing ride, trusting me to come back to play and help build a championship team," Gronkowski said in a statement on Instagram.

"I will now be going back into my retirement home, walking away from football again with my head held high knowing I gave it everything I had, good or bad, every time I stepped out on the field.

"From retirement, back to football and winning another championship and now back to chilling out, thank you to all."

Brady, who formed a near-telepathic understanding with Gronkowski during their seasons together in New England and Tampa, was among the first to offer congratulations.

"Love you as a man, teammate and friend," Brady wrote on Instagram. "One of a kind in every way."

A larger-than-life presence, "Gronk" was known for his effervescence and irreverence on and off the field.

Yet his light-hearted demeanor masked a fierce competitor whose size and athleticism made him virtually unplayable at his peak.

With the catching skills of a wide receiver and the physical size and power of an offensive lineman, Gronkowski was difficult to handle in either role the tight end spot required, befuddling rival defenders and putting him among the greatest to ever play the position.

Yet the physicality brought with it a laundry list of injuries and concussions, which included torn right knee ligaments, hamstring injuries, a fractured vertebrae, a bruised lung, a herniated disc and two forearm fractures.