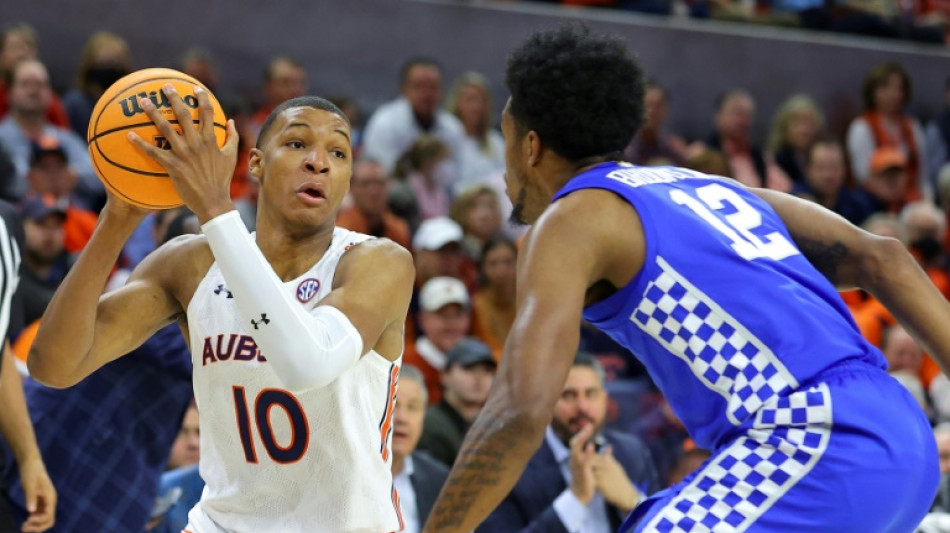 US college star Jabari Smith Jr. is strongly tipped to be chosen with the top pick by the Orlando Magic when the 2022 NBA Draft takes place on Thursday.

The 19-year-old Smith, who excelled for Auburn University's Tigers this year during his only season as a college player, has emerged as the bookmaker's favorite to be chosen first in Thursday's annual scramble for the top collegiate talent.

The 6ft 10in power forward impressed for the Tigers in a college season that saw him average 16.9 points per game along with 7.4 rebounds and 2.0 assists.

Smith, whose father Jabari played four seasons in the NBA, is also a distant cousin of Kwame Brown, the No.1 pick in the 2001 draft.

Brown's NBA career ought to be a cautionary tale for Smith and other hopefuls in the draft, where top picks often fail to live up to lofty expectations.

Brown, who ended his professional career with a scoring average of just 6.6 points per game, is routinely described as one of the "biggest busts" in NBA draft history.

Denver's Nikola Jokic, the NBA's Most Valuable Player for the past two seasons, was chosen with the 41st pick in the draft in 2014, while Milwaukee's Giannis Antetokounmpo, the back-to-back MVP in 2019 and 2020, was chosen 15th overall.

There are strong grounds, however, for believing that Smith may have little difficulty living up to his expected top billing.

The teenager has a rare combination of size and shooting touch, with deadly accuracy from three-point range and an athleticism likely to make him a defensive asset for any team that ends up recruiting him.

Smith's biggest rival for the No.1 pick is expected to be Gonzaga University's Chet Holmgren, who stands an imposing 7ft tall.

The 20-year-old Bulldogs standout also offers a combination of elite ball-handling and footwork as well as being an expert shot-blocker. Holmgren averaged 14.1 points per game with 9.9 rebounds for Gonzaga.

If Orlando fail to pick Holmgren with the first choice, he is almost certain to go to the Oklahoma City Thunder with the second pick.

James Jones, an assistant coach with the US Team at last year's Under-19 World Cup that Holmgren played in, describes him as a "Kevin Durant kind of player."

"He has great instincts. He's the kind of guy that can do multiple different things," Jones told AFP.

"He's not one kind of player, he can do a lot of different stuff, very versatile.

"As a kid, leader, hard worker, great person, very friendly, very outgoing, and very dedicated into becoming the best basketball player he can."

"He's a Kevin Durant kind of player in terms of his skill level, to be able to do some of those things. He's obviously not Kevin Durant. But he has that skill, a similar skill set."

Other talent in the top echelon of the draft on Thursday includes Duke University's Paolo Banchero, tipped to be taken by the Houston Rockets with the third pick.

Jaden Ivey, who averaged 17.3 points per game for Purdue, could also feature high in the draft, with the Sacramento Kings lurking as a possible destination for the 20-year-old.