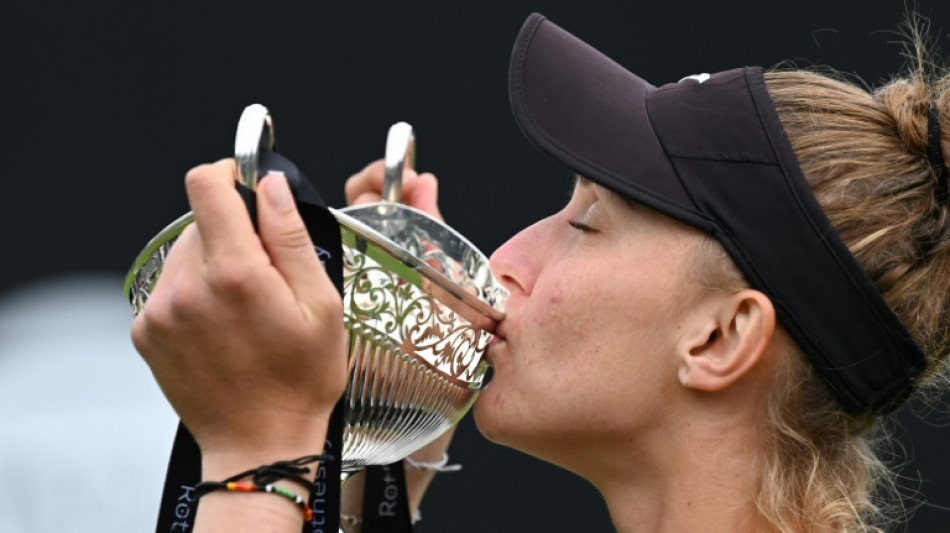 Brazil's Beatriz Haddad Maia won her second title in seven days after Zhang Shuai retired in the final of the WTA Birmingham Classic on Sunday.

Haddad Mai was 5-4 up in the first when her Chinese opponent indicated she could no longer play on.

Both players had come through tough semi-finals earlier on Sunday after rain had washed out Saturday's play at the Edgbaston Priory Club in Birmingham, central England.

Haddad Maia has now won her last 10 grass-court matches, having lifted the trophy at the Nottingham Open on June 12.

The 26-year-old has yet to get beyond the third round at Wimbledon, but her recent form will leave Haddad Maia hopeful of an improved showing when the last of tennis's four majors played on grass starts in eight days' time.