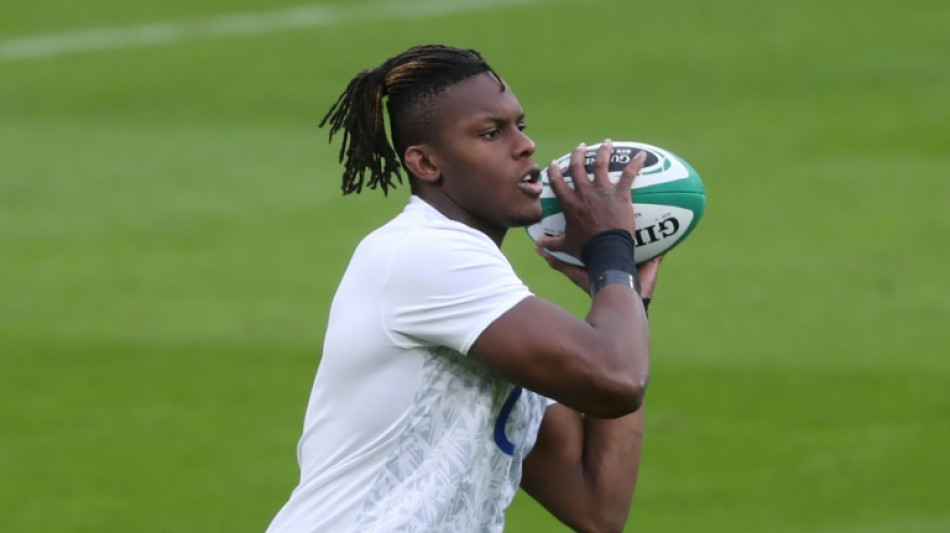 Saracens will aim to complete their comeback from a salary-cap scandal by defeating Leicester in the English Premiership final at Twickenham on Saturday.

Two years ago, Saracens were relegated from the top-flight of English club rugby union after being hit with a 70-point deduction for breaches of salary cap rules.

Had it not been for that huge penalty, Leicester, the English club game's dominant force for much of the 1990s and 2000s, would have been demoted to the Championship instead.

Saracens' arrival in the second tier came after a decade of unsurpassed success for the north London club that yielded five English titles and three European crowns.

But, significantly, they retained most of their key players and 12 months on after a two-legged play-off win over capital rivals Ealing secured promotion, they have a chance to be crowned Premiership champions again.

"It was a tumultuous period for everyone involved at Saracens but personally I had very little reservations in my mind about staying," said England forward Maro Itoje.

"I knew this was the place I wanted to be and I knew Saracens would be back competing for things. You only need to look at the quality of personnel," added the 27-year-old, who explained his words applied just as much to Mark McCall's coaching team as his team-mates.

Ironically, given the fury directed at Saracens over their financial transgressions, they will be up against a Leicester side who were themselves fined almost £310,000 (363,000 euros) for non-compliances with salary cap regulations in March.

But with relegation abandoned this season in response to the commercial after-effects of Covid-19, the Tigers were spared more severe punishment after co-operating quickly with Premiership officials.

For Leicester, the 10-times champions of England, this will be their first Premiership final since 2013.

Their revival has been overseen by Steve Borthwick, a former England captain who started his coaching career while still a player at Saracens before going on to work under Eddie Jones when the Australian was in charge of Japan and then England.

Saturday's match will see George Ford, in his last game for Leicester before joining Sale, up against childhood friend and fellow fly-half Owen Farrell, who will be steering the ship for Saracens.

It was an ankle injury to Farrell that paved the way for Ford's return to the England set-up this season, with Jones having previously preferred to start Harlequins' Marcus Smith at No 10 with Farrell at inside centre.

Ford, 29, has been one of the form players in the Premiership this season, a point he underlined with a 'full-house' of scores -- a try, a conversion, four penalties and a drop-goal -- against Northampton in the semi-final.

"What a club. I've been here eight years in two stints and I've loved every second if it, the highs and lows," Ford said.

"I don't think you'll come across a more traditional rugby club. I'm going to miss it," he added.

Saracens have lost just one of their last six matches against Leicester, a 13-12 defeat at Welford Road in October, but the Tigers topped the regular season table with 20 wins from 24 games.

The climax of a lengthy domestic season could be an anxious time for Jones, who will hope none of the England players on show are injured ahead of next month's three-Test tour of Australia.