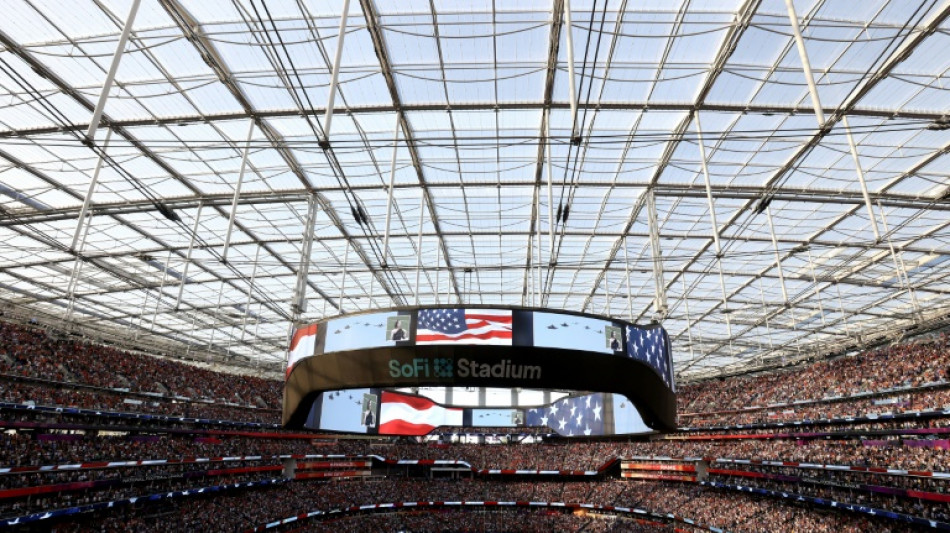 Mexico City's iconic Azteca Stadium and the Los Angeles Rams' multi-billion-dollar SoFi Stadium were among 16 venues named on Thursday to stage games at the 2026 World Cup being held in the United States, Canada and Mexico.

At a televised announcement in New York, officials confirmed 11 US cities as host venues, along with three venues in Mexico and two in Canada for what will be the first ever 48-team World Cup.

The United States venues are all stadiums used by NFL teams, and include the New York Giants' MetLife Stadium and the Los Angeles Rams' $5 billion SoFi Stadium, which hosted this year's Super Bowl.

Both venues are seen as contenders to host the 2026 final.

The 2026 tournament marks the first time three countries have hosted a World Cup, with the bulk of the games taking place in the United States.

Mexico will be hosting the finals for a third time after serving as solo hosts in 1970 and 1986.

Mexico City's Azteca Stadium, named on Thursday as one of the venues, will be the first stadium to feature in three separate World Cups.

The list of US venues stretch from coast to coast, featuring several cities that hosted games in the 1994 World Cup finals.

Other venues include the Dallas Cowboys giant AT&T Stadium in Arlington and the Miami Dolphins' Hard Rock Stadium.

The Kansas City Chiefs' Arrowhead Stadium -- the loudest stadium in the world according to the Guinness Book of World Records -- also made the cut.

NFL venues in Seattle, San Francisco, Atlanta, Houston, Boston and Philadelphia were also on the list.

However the venue for the 1994 World Cup final -- the iconic Pasadena Rose Bowl in suburban Los Angeles -- was not included.

The identity of the cities that will host the opening game and 2026 final were not disclosed on Thursday.

FIFA President Gianni Infantino said in an interview on Fox Television following the venue announcement that decisions on the opening game and final would be taken at a later date.

"We will take our time with that decision," Infantino said.

"There are still some discussions to go on and we'll certainly choose the best cities for the openings and the finals.

"But every match will be a final at this World Cup."

While all three host countries will share games from the group stage through to the last 16, the United States will host all games from the quarter-finals onwards.