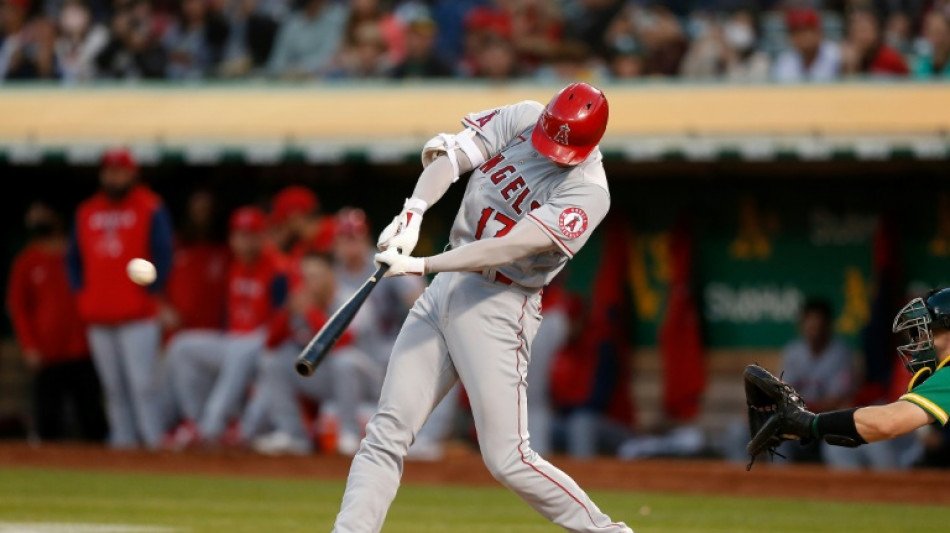 Ohtani, the reigning American League MVP, crushed a two-run home run into center field in the top of the fifth inning to give the Angels an 8-1 lead at the Oakland Coliseum.

Ohtani’s 100th homer was another notable milestone for the Angels ace, who earlier this month blasted the first grand slam of his career in a win over the Tampa Bay Rays.

Ohtani has earned comparisons to Babe Ruth during his meteoric rise to superstardom in Major League Baseball for his talent both on the mound as a pitcher and at the plate as a formidable slugger.

He has captivated American fans during his four seasons in the majors, with Time magazine last year placing him on its list of the 100 most influential people of the year.

Although injuries hampered his first few years in the US, he missed only four of his team's 162 games in the 2021 season and hit 46 home runs -- just two short of the MLB lead -- to earn the American League's Most Valuable Player award.