Berliner Tageszeitung - Lee leads by one at LPGA Founders Cup

Lee leads by one at LPGA Founders Cup 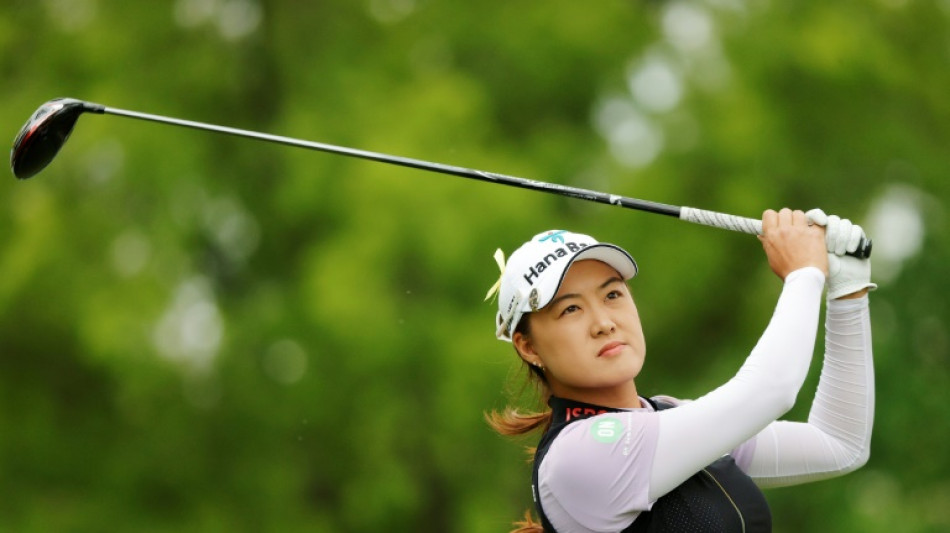 Lee leads by one at LPGA Founders Cup / Foto: © AFP

Australia's Minjee Lee fired a three-under-par 69 to stay one shot clear of the field after the third round of the LPGA Founders Cup in New Jersey on Saturday.

Lee, who started the day three clear of the field, held off a strong challenge from Sweden's Madelene Sagstrom to ensure she will carry a slender advantage into Sunday's final round at Upper Montclair Country Club in Clifton.

The world number five briefly surrendered the lead early in the back nine after Sagstrom grabbed her fourth birdie of the day at the par-five 12th to move to 15 under.

But Lee – who had bogeyed the 11th to drop to 14 under – responded superbly with an eagle three on the 12th to leapfrog over Sagstrom into the lead.

Lee then added another birdie on the 13th to go to 17 under.

Sagstrom, who carded the day's lowest round with a five-under-par 67, finished the third round on 16 under.

Both Sagstrom and Lee missed further birdie chances in the closing few holes that could have seen them pull further clear of the chasing pack.

Lee saw a 20-foot birdie putt roll just wide on the 15th, and watched another birdie effort from similar distance come up agonisingly short on the 16th.

Sagstrom meanwhile could have grabbed a share of the lead on the 17th but her 15-footer for birdie curled around the lip of the cup and out.

American Lexi Thompson is third on the leaderboard on 14 under after her three-under-par 69, three clear of fourth placed Angel Yin, who is six off the lead on 11 under after a third round 68.

Three players – Paula Reto of South Africa, Megan Khang and Ally Ewing -- are eight off the pace on nine under, one clear of a cluster of four players on eight under that includes South Korea's Chun In-Gee and Japan’s Nasa Hataoka.