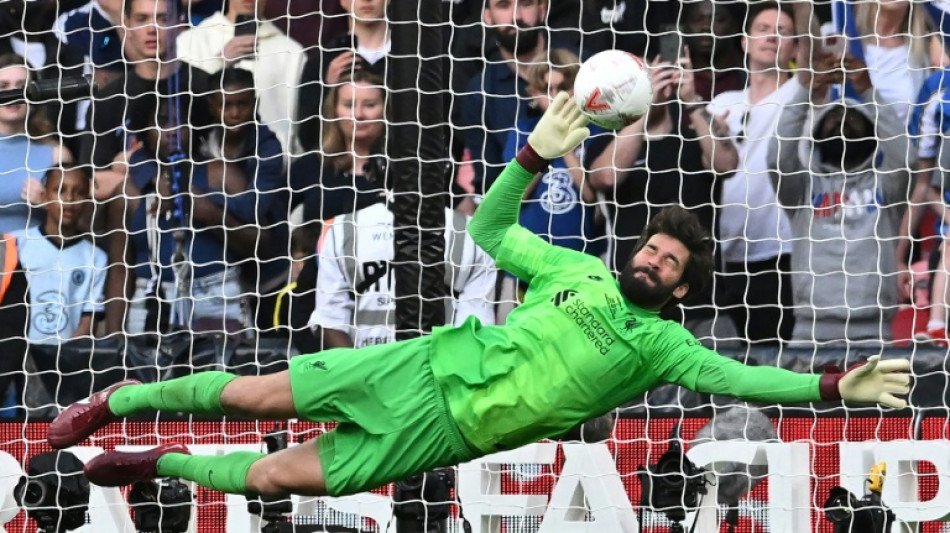 Liverpool hero Alisson Becker said the team's FA Cup final victory against Chelsea on penalties would give them a huge confidence boost as they chase a historic quadruple.

The two teams were locked at 0-0 after extra-time at Wembley on Saturday, with clear-cut chances at a premium.

"It was a shame we didn't score during normal time, but it was a proper fight after in extra time, anything could happen," he told the BBC.

"We kept a clean sheet, it went to penalties and after the boys were unbelievable with scoring the goals and then I just needed to save the last one. I am so happy."

He added: "That is part of the 'mentality monsters' as well, going to extra-time and keeping the high level, performing well.

"It gives us even more confidence to keep on going for the Premier League and also the Champions League final.

"This is a fantastic moment and now we just need to enjoy it."

They won the League Cup earlier in the season, beating Chelsea on penalties on that occasion as well.