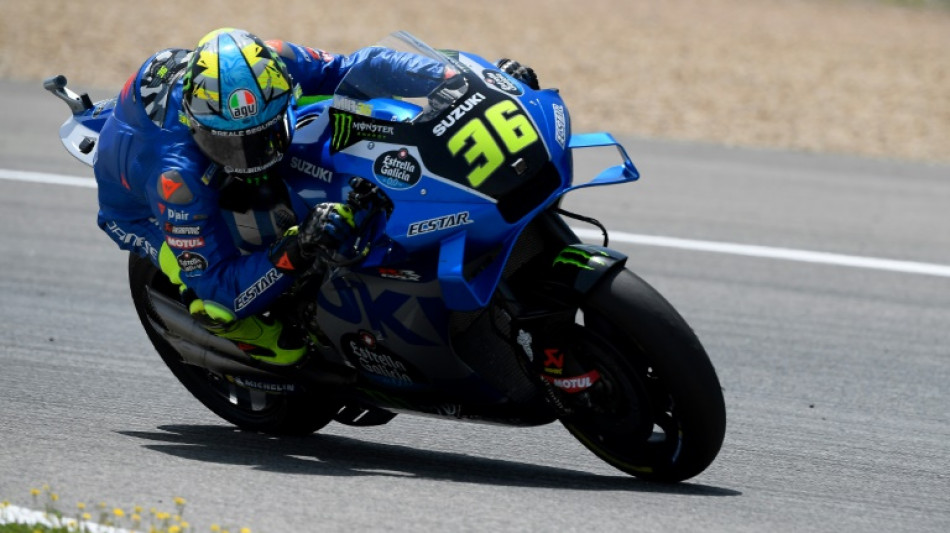 Suzuki announced on Thursday they want to quit MotoGP and are holding talks with the championship promoters Dorna over breaking their contract.

"Suzuki Motor Corporation is in discussions with Dorna regarding the possibility of ending its participation in MotoGP at the end of 2022," Suzuki said in a statement.

"Unfortunately, the current economical (sic) situation and the need to concentrate its effort on the big changes that the Automotive world is facing in these years, are forcing Suzuki to shift costs and human resources to develop new technologies."

Only last week Dorna said Suzuki had to stick to their contract -- which runs to 2026 -- when rumours first surfaced that the Japanese manufacturer wanted to pull out.

If the talks are conclusive it will be the second time Suzuki have quit the elite competition.

Since the company returned in 2015, they have won one riders' title in 2020 when Joan Mir topped the standings with team-mate Alex Rins third.

Rins is fourth in this season's standings with Mir sixth, heading into this weekend's French race.

Rins admitted to being very emotional when the news was confirmed.

"We made a good start to the season, so it makes it even tougher to know that Suzuki will not continue in the championship," said Rins.

The 26-year-old Spaniard added he had been in tears on hearing the news after "having given everything to the team since 2017."

While they won the team championship in 2020, Suzuki struggle in the separate manufacturers' standings because, unlike Ducati, Yamaha, Honda and KTM, they do not have a satellite team.

In the current format, there are 24 bikes on the starting grid in each race, although wildcard entries increased that to 25 in the last two races.

Ducati have eight bikes on the grid this season. Suzuki and Aprilia are the only manufacturers with just two bikes on the starting grid.

The 24-bike format is fixed until 2026, when the current contract between the International Motorcycling Federation, Dorna and the International Racing Team Association, which represents the six manufacturers, ends.