Bucks rally to push Celtics to brink in NBA playoffs 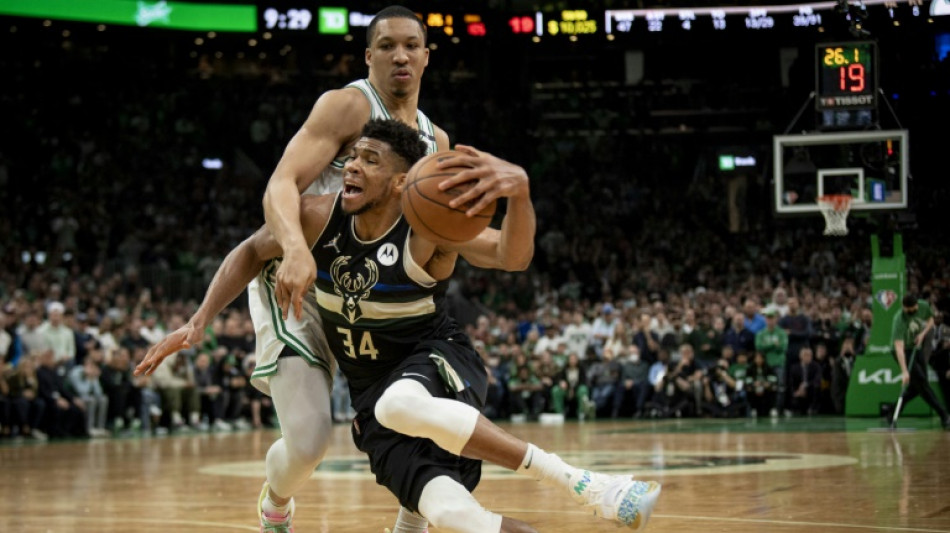 Giannis Antetokounmpo scored 40 points and Bobby Portis came up big late as the NBA champion Milwaukee Bucks rallied for a 110-107 win in Boston to push the Celtics to the brink of playoff elimination.

Reserve forward Portis put back Antetokounmpo's missed free throw with 11.4 seconds remaining to give the Bucks a 108-107 lead.

Jrue Holiday plucked an attempted shot by Marcus Smart from the air with 8.1 seconds remaining before teammate Pat Connaughton added a pair of free throws to seal the comeback triumph for a Bucks team that trailed by 14 early in the fourth quarter.

Milwaukee took a 3-2 lead in the best-of-seven Eastern Conference series, and will have a chance to close it out when they host game six on Friday.

Two-time NBA Most Valuable Player Antetokounmpo led the way with 40 points and 11 rebounds.

Jayson Tatum and Jaylen Brown combined for 60 points for the Celtics, who took control with a 28-19 second quarter that saw them take a 54-47 halftime lead.

They maintained the edge throughout the third, but the Bucks didn't back down.

Three-pointers from Antetokounmpo and Holiday knotted the score at 105-105 with 43.2 seconds left, setting the stage for a dramatic finish.

"It takes a little bit of everything to flip a 13- or 14-point game," Bucks coach Mike Budenholzer said.

Holiday added 24 points for Milwaukee while Portis scored 14 and Connaughton 13 off the bench.