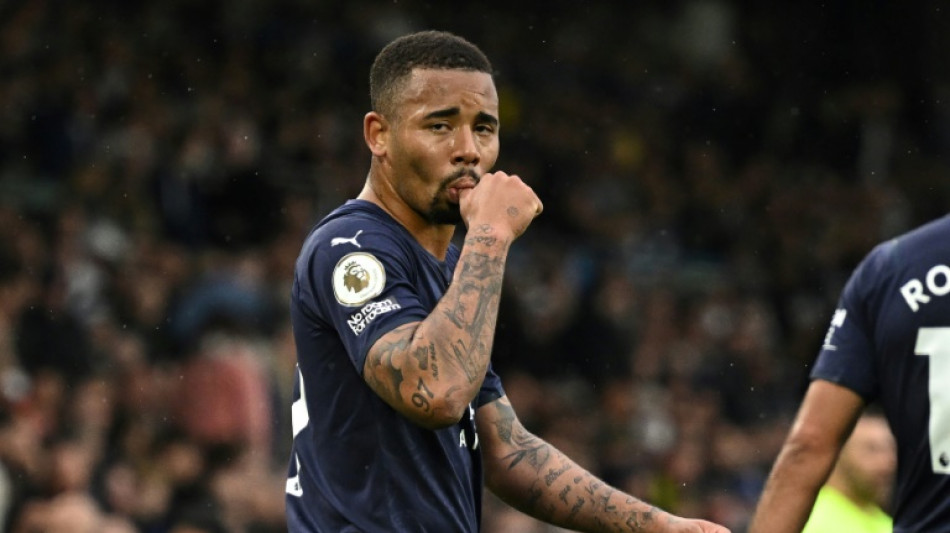 In-form Manchester city striker Gabriel Jesus was recalled to the Brazil squad on Wednesday for friendlies against South Korea and Japan in June.

Meanwhile, the Selecao's friendly against Argentina in Australia in June has been cancelled, though the two old enemies still have a qualifying game to play in September.

Brazil will play South Korea on June 2 in Seoul and against Japan in Tokyo on June 6.

Brazil coach Tite omitted Jesus from the squad for the South American World Cup qualifiers in March as his team extended an unbeaten campaign by thrashing both Chile and Bolivia 4-0.

Jesus was out of favour at City at the time. He returned to the starting line-up in late April and has hit six goals in five Premier League starts as the team have surged towards the title. He also scored against Real Madrid as City bowed out of the Champions League in the semi-finals.

"He is evolving and getting back to his best, including his confidence," Tite told a press conference in Rio de Janeiro.

Jesus will join an attack including Neymar, Vinicius Junior, Rodrygo and Richarlison as well as the recalled Matheus Cunha of Atletico Madrid. Winger Antony of Ajax is out injured.

Tite picked the core of the squad that collected a record points tally in qualifying and are sure to finish first.

The coach also recalled Juventus left-back Alex Sandro and sprung a surprise with a first call-up for Palmeiras midfielder Danilo, 21.

The Brazil team co-ordinator said the cancellation of the Argentina friendly, originally scheduled for June 11, "greatly affects our preparation" for the World Cup, he said.

"We were ready, with all the necessary logistics for this game, because we understood that we had to fulfil this contract," Juninho Paulista said.

He added that Brazil want to find a replacement game during the June window, the penultimate one authorised by FIFA before the start of the World Cup on November 21.

"Discussions are just beginning, we will probably find an African opponent. Our wish is to play in Europe," he said.

Brazil have been drawn with Cameroon, Switzerland and Serbia in World Cup Group G.