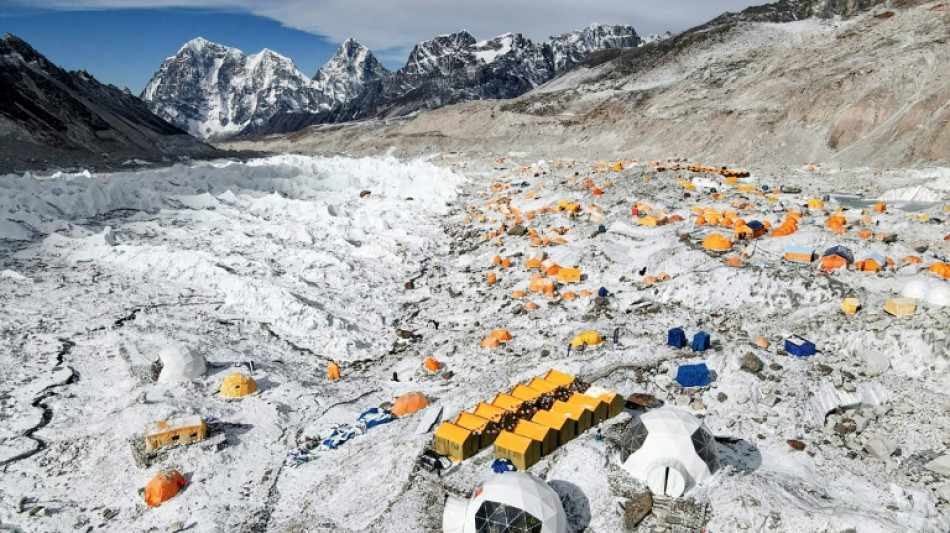 Eleven Nepali climbers reached the top of Mount Everest on Saturday, the first of hundreds of climbers expected to summit the world's highest mountain from its southern approach in the coming weeks.

Among them was Kami Rita Sherpa, who extended his own record as the person with the most Everest summits.

The team reached the peak as part of an expedition to fix ropes leading up the ascent, setting the route for foreign climbers.

"We have received information that the rope-fixing team of eleven climbers has reached the peak at around 6:55 pm Nepal time," tourism department official Bhisma Raj Bhattarai told AFP.

Nepal has issued 316 permits to mountaineers for this year's spring climbing season, which runs from mid-April to the end of May.

Most Everest hopefuls are each escorted by a Nepali guide, meaning more than 600 climbers will tread the same path to the top of the 8,849-metre (29,032-foot) peak in the coming weeks.

"Now the road has opened for other climbers to summit Everest, we will see teams move up in the coming days," said Mingma Sherpa of Seven Summit Treks, which led the rope-fixing team.

Mingma Sherpa added that Kami Rita Sherpa "has reached the summit for the 26th time, making a new record".

His record-setting 25th ascent was also made as he led rope-fixers up Everest last year.

"Some people chase records, but I have not been doing this for records," Kami Rita Sherpa said in an interview with AFP in March, before heading off to Everest.

"I think about how we can increase tourism in Nepal, what can we do for more mountain climbers to come here and how can we satisfy them and make them happy."

The 52-year-old followed in his father's footsteps and became a mountain guide, first summiting the peak in 1994.

He has climbed Everest almost every year since.

A Chinese expedition reached the top of Everest on Wednesday from its north side in Tibet, according to Chinese state broadcaster CGTN.

Although China continues to ban foreign climbers because of the coronavirus pandemic, Nepal reopened its peaks to mountaineers last year.

With Covid-19 cases receding, expedition operators in Nepal are hopeful for a busier climbing season this year.

There has already been one fatality this season -- a Nepali climber carrying equipment uphill was found dead last month.