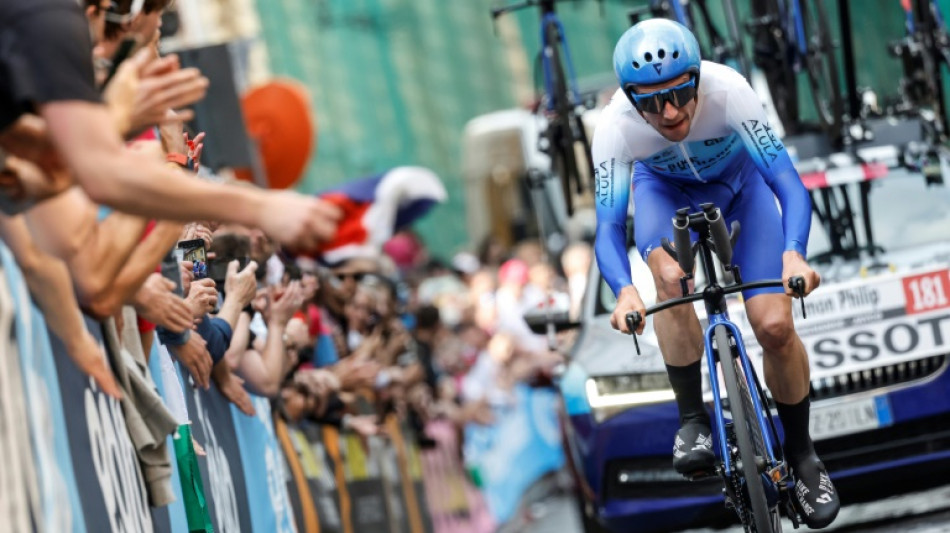 The Dutch maverick Van der Poel retains the lead in the overall standings by 11 seconds from Yates while the 2017 champion Dumoulin is third at 16sec after the inner-city run, the second of three stages in Hungary before a switch to Italy.

Yates timed 9min 50sec round the picture-postcard run around the monuments and sights of the city with its Gothic parliament, Danube river and thermal baths.

The circuit, with its tight bends and varying surfaces and gradients, made the stage a test of bike-handling skills, although the forecast rain held off.

Third in the Giro last year Yates has never been known for time-trialling, but with only 26km of the discipline on the 2022 route the mountains are the more important terrain.

"We have worked hard on the time-trial bike and wanted to go as fast as possible here," Yates said who flew over the cobbled section where others appeared to bounce around.

This was Yates' fifth stage win on the Giro.

"We'll celebrate this tonight but it's a tiny section of the Giro, with all those mountains coming up," he said.

Yates led the Giro for almost two weeks in 2018 before a late meltdown and has promised to be more patient this time round.

Van der Poel was rueful of his narrow miss of a second stage win in two days following his triumph at the Visegrad Citadel Friday.

"I would have loved to win, the difference between winning and second is very close, isn't it?" said the Alpecin rider who wore the Tour de France yellow, as race leader, for six days last year.