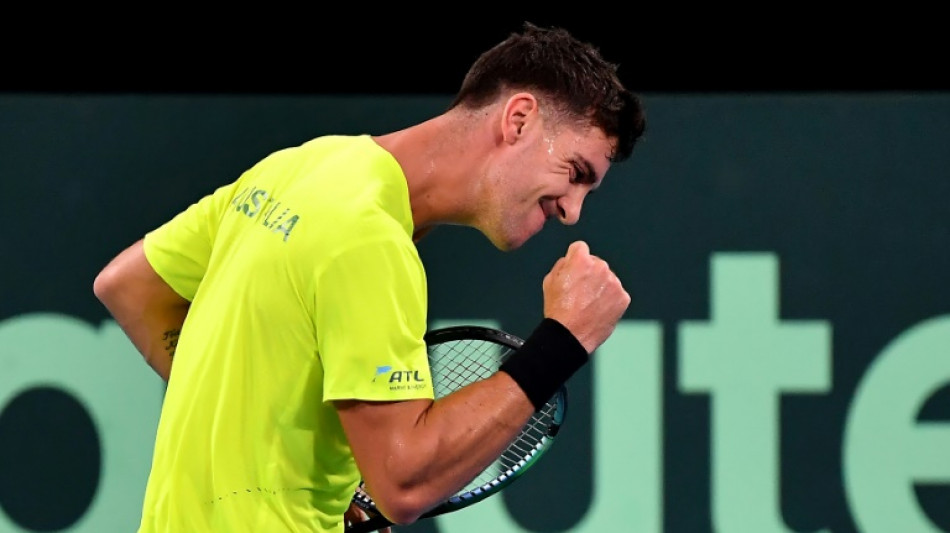 Australian Open doubles champion Thanasi Kokkinakis won a decisive singles rubber to power 28-time winners Australia through to the next stage of the Davis Cup Saturday, with South Korea toppling Austria to also make the grade.

Lleyton Hewitt's Australians went into day two tied 1-1 with Hungary and were fighting an uphill battle after Fabian Marozsan and Mate Valkusz upset John Peers and Luke Saville to clinch the doubles 6-4, 6-4.

That left world number 30 Alex de Minaur needing to win against 35th-ranked Marton Fucsovics to keep the clash alive -- and backed by a rowdy crowd at Sydney's Ken Rosewall Arena he battled through 7-6 (7/4), 6-4.

Kokkinakis last played in the Davis Cup seven years ago, but was recalled after claiming a first ATP singles title in Adelaide this year, then winning the Australian Open doubles crown with Nick Kyrgios.

With the tie on the line, he repaid skipper Hewitt's faith with a gutsy 6-4, 6-4 win over young Hungarian number two Zsombor Piros.

"Thank you Lleyton for trusting me, it's been a long time since I played and to play a fifth rubber at home has been incredible," he said.

De Minaur added: "We've got immense pride, immense passion and one thing you can count on from the Aussie Davis Cup team is we're never going to give up."

In Seoul, 65th-ranked Kwon Soon-woo steered South Korea over the line with a hard-fought 7-5, 7-5 victory over Austria's 143-ranked Dennis Novak.

They had also entered day two tied 1-1, with Nam Ji-sung partnering Song Min-kyu to outlast Alexander Erler and Lucas Miedler 6-4, 6-3 in the doubles to give Kwon the platform he needed to finish it off.

Twelve Davis Cup ties will be decided on Saturday, with the winners progressing to the finals, the first stage of which will be played at a yet-to-be-determined location in September with 16 teams.

Croatia, Great Britain and Serbia are already through, with Davis Cup chiefs to decide next week who will replace defending champions Russia after they were axed over the invasion of Ukraine.

Those 16 will be whittled down to eight for the quarter-finals in November.

Six-time champions Spain will take a comfortable 2-0 lead over Romania into their tie at Marbella late Saturday after teenager Carlos Alcaraz and veteran Roberto Bautista Agut eased to victories on day one.

France also opened up a 2-0 lead over Ecuador in Pau, as did the Netherlands over Canada in The Hague.

The Taylor Fritz-led United States and Diego Schwartzman's Argentina enjoy the same advantage in their showdowns against Colombia and the Czech Republic respectively.

But the other ties are finely poised at 1-1 with world number three German Alexander Zverev set for a crunch clash against Brazilian Thiago Monteiro in Rio. 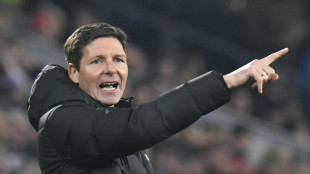 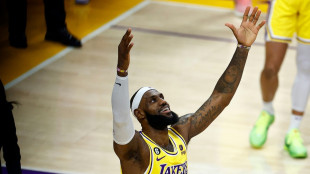 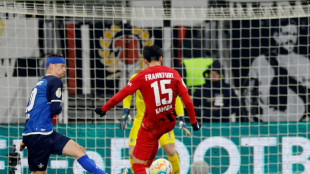