China-Russia: an unequal and fragile relationship 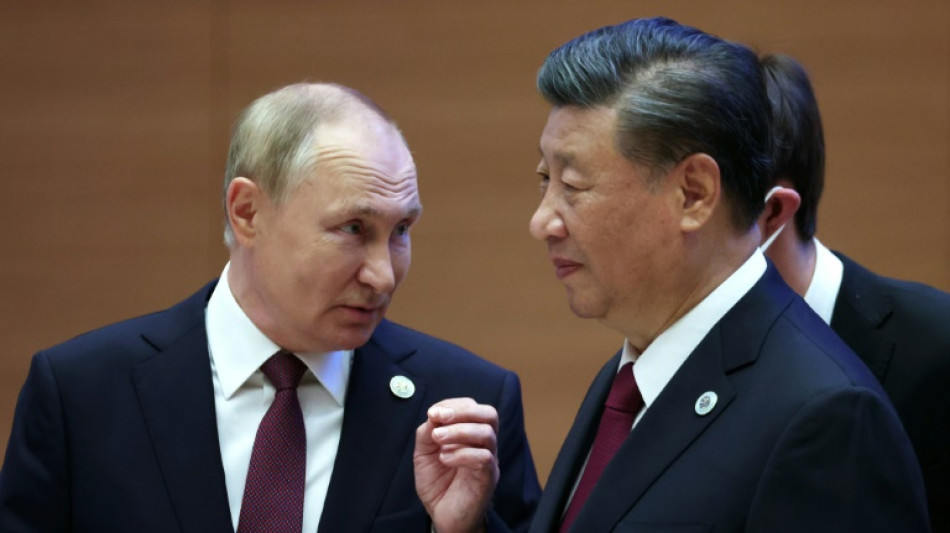 President Xi Jinping of China and Russian counterpart Vladimir Putin have talked up the Beijing-Moscow relationship as the new centre of a multipolar world, but their alliance is unequal and its future far from clear.

Xi and Putin Thursday held a bilateral meeting in Uzbekistan on the sidelines of a regional security summit, in a hugely symbolic encounter under the shadow of Moscow's war on Ukraine which has seen Russia turned into a near pariah state by the West.

China too is seeing a surge in tension with the West, as scrutiny increases over its treatment of the Uyghur minority and concern remains it may in future seek to retake the island of Taiwan.

In Samarkand, a city forever associated with one of history's greatest conquerers, the medieval ruler Timur the Great, Putin was eager to talk up the importance of the relationship.

"The world is changing fast but one thing stays the same: the friendship between China and Russia," said Putin, describing the relationship as a "full-scale strategic partnership".

But with a GDP and population that are both around 10 times greater than those of its neighbour, Beijing has every claim to be the senior partner in an unbalanced relationship.

"China is the stronger power than Russia. And its interests are more global -- and more multifaceted," said Evan Feigenbaum, vice president for studies at the Carnegie Endowment for International Peace.

"Beijing's goal is surely to preserve its entente with Russia at the strategic level, to counterbalance American power and growing economic pressure on China from the West. But it wants to do this without having to back Moscow at the tactical level," he added.

China has remained relatively tight-lipped about Russia's invasion of Ukraine, never condemning the assault but also stopping short of expressing any backing for it.

At their meeting, Putin appeared to nod towards Chinese discomfort over the invasion, saying that while he appreciated "the balanced position" of Beijing he also understood "your questions and concerns".

Yet both sides share ideological similarities, economic, strategic and military interests and a desire to go beyond a world order dominated by the West.

"It's not just a marriage of convenience" said Alice Ekman, Asia analyst at the European Union Institute for Security Studies (EUISS). "There are many points of convergence" between them, particularly on tensions with the West and NATO.

"In a context of very strong and prolonged tensions between Beijing and Washington", China "considers that it has an interest in accelerating its rapprochement with Russia", she added.

Putin and Xi's meeting took place on the sidelines of the Shanghai Cooperation Organisation (SCO) summit, a security group whose kingpins are China and Russia but also includes some Central Asian states, India and Pakistan and has been described as an eastern answer to NATO.

Xi Friday told the SCO leaders to "work together to promote the development of the international order in a more just and rational direction".

Beyond the formal symbolism of the Putin-Xi meeting "there is a strategic reality to this rapprochement" including in an increasing number of joint military exercises, said Emmanuel Dupuy, president of the Paris-based IPSE peace institute.

But analysts warn it would be wrong to describe the two countries as allies, as both sides have clearly-defined interests that do not always overlap.

China's prime concern in foreign policy is preventing full international recognition of the self-ruled island of Taiwan, which Beijing regards as its own territory and has vowed to one day seize.

Seeking to reassure Beijing, Putin at the meeting with Xi went out of his way to make clear Russia's adherence to the principle of "one China" and condemned the "provocations by the US and its satellites" around Taiwan.

But relations between the two countries are bound to be complex, sharing a 4,300-kilometre (2,670-mile) border, which at its eastern end separates thinly-populated areas of Russia's Far East with fast-growing Chinese boom cities.

There were tensions in Soviet times when both Beijing and Moscow were supposed to be Communist allies, with a border dispute over islands in the Amur River bringing the two sides to the brink of war in 1969.

Isolated and sanctioned in the West, "Russia must make a pivot towards the east and it does not have a thousand possibilities," said Cyrille Bret of the Jacques Delors Institute. 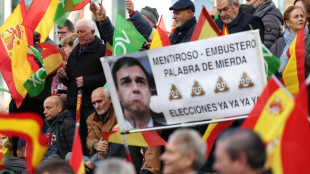 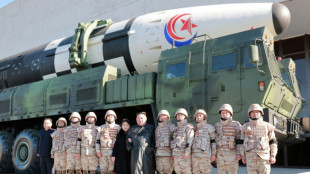