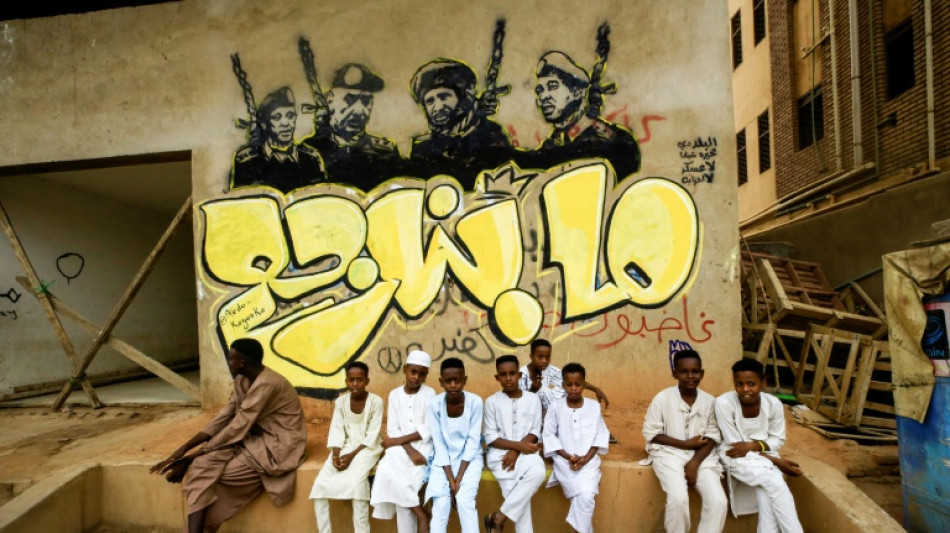 Organisers of Khartoum's sit-ins, begun 10 days ago to force Sudan's army to return power to civilians, announced Monday that they had dismantled two of their four camps.

The protests began after security force killed nine demonstrators in anti-coup rallies by tens of thousands on June 30, according to pro-democracy medics, in the deadliest violence so far this year.

In response, protesters called for "unlimited" sit-ins the following day, in an attempt to end military rule.

They set up four camps -- two in the centre of Khartoum on streets they barricaded with bricks, and one each in the capital's sister cities of Omdurman and Khartoum North.

But on Monday, while Sudan celebrated the Muslim festival of Eid al-Adha for a third day, "resistance committees" announced they were breaking up the Omdurman camp.

The committees are influential neighbourhood groups that have been organising demonstrations since the October 25 coup.

A sit-in outside Khartoum's al-Jawda hospital was lifted on Friday, according to activists. It ended on the eve of Eid al-Adha, a major holiday for which many residents of Khartoum return to their provincial homes for several days.

The other two sit-ins continue even if the number of demonstrators participating has fallen because of the holiday.

Rallies on June 30 and the subsequent sit-ins marked a resurgence of the protest movement for civilian rule. Although the movement had continued to hold near-weekly anti-coup rallies they appeared to decline in intensity.

Medics say a total of 114 people have been killed in the crackdown by security forces against protesters since the October coup, which disrupted a transition to civilian rule forged after the 2019 overthrow of longtime autocrat Omar al-Bashir.

The coup drew international condemnation and cuts in vital aid.

Four days into the sit-ins the army chief, General Abdel Fattah al-Burhan, last week vowed to make way for a civilian government but activists are deeply sceptical of his pledge.

On Thursday pro-democracy groups, including political parties and resistance committees, announced their plans to establish a revolutionary council in opposition to Burhan.

Democratic interludes have been rare in Sudan's history, and the military dominates lucrative companies specialising in everything from agriculture to infrastructure projects.