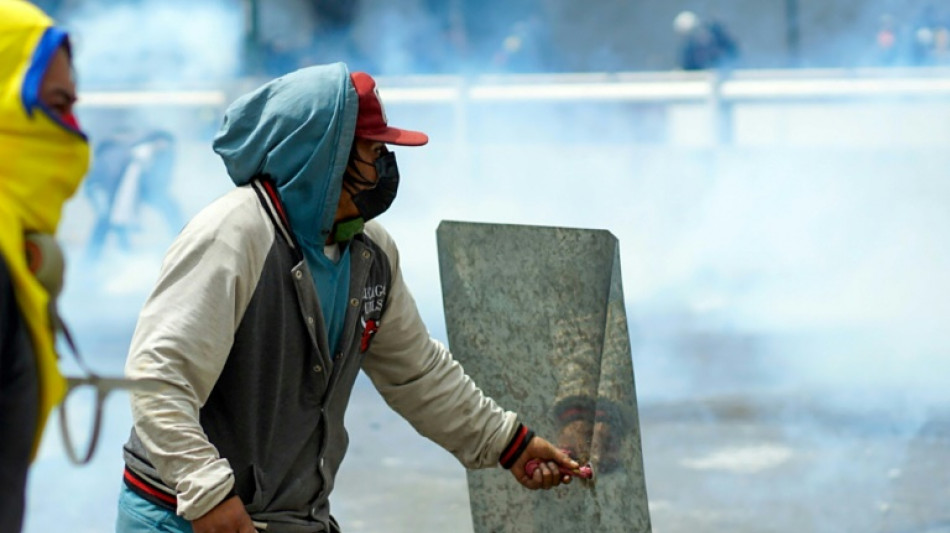 An Indigenous protester died Tuesday in clashes with law enforcement during a ninth day of demonstrations against the Ecuadorian government, which the military described as a "grave threat."

The man, a member of the Quichua Indigenous group, was participating in a road block in the Amazon town of Puyo, when there was "a confrontation and this person was hit in the face, apparently with a tear gas bomb," lawyer Lina Maria Espinosa of the Alliance for Human Rights organization told AFP.

Since June 13, multiple roads have been barricaded nationwide at a cost of hundreds of millions of dollars to the economy, in demonstrations over fuel prices called by the powerful Confederation of Indigenous Nationalities of Ecuador (Conaie).

Dozens of people -- police and civilians -- have been injured in clashes.

The death of the protester, identified as Byron Guatatoca, 40, came after a young man died overnight when he fell into a ravine "trying to flee from the military" in a protest on the outskirts of Quito, said Guillermo Churuchumbi, the Indigenous mayor of Cayambe municipality.

The episode prompted the prosecutor's office to open an investigation into possible homicide. The office was also stoned by protesters, and its glass doors were smashed.

In Quito proper some 500 protesters -- among around 10,000 who arrived in the capital from around the country in recent days -- were teargassed Tuesday as they blockaded a street with burning tree branches.

They quickly regrouped to march on the CCE culture center -- traditionally used by Indigenous people to launch protests but requisitioned by police over the weekend to use as a base.

"The objective of today is to retake the Casa de la Cultura," protester Wilson Mazabanda told AFP before police used spray to break up the group.

Earlier in the day, Defense Minister Luis Lara said Ecuador's democracy "faces a grave threat from... people who are preventing the free movement of the majority of Ecuadorans" with widespread blockades.

Flanked by the heads of the army, navy and air force, Lara warned the military "will not allow attempts to break the constitutional order or any action against democracy and the laws of the republic."

Quito Mayor Santiago Guarderas said on Twitter the demonstrations "continue to escalate" and that the capital's markets were running out of supplies.

- 'Tired of this government' -

Conaie -- credited with helping topple three presidents between 1997 and 2005 -- called the demonstrations as Ecuadorans increasingly struggle to make ends meet.

Indigenous people comprise more than a million of Ecuador's 17.7 million inhabitants and wield much political clout, but are disproportionately affected by rising inflation, unemployment and poverty exacerbated by the coronavirus pandemic.

Thousands of protesters, many of whom had traveled to Quito on foot or on the backs of trucks, took to the streets wielding sticks, fireworks and makeshift shields made of road signs.

"We are already tired of this government," said Mazabanda, a university student, of ex-banker President Guillermo Lasso's one-year-old term.

Tito Zamora, a small-scale farmer, added that costs have risen sharply, "but not the price we get for our products."

Lasso said on Twitter he was ready to participate in "a frank and respectful dialogue process with Conaie and other civil organizations."

"It is our duty to reach consensus for the good of the country," the president said.

The movement has since been joined by students, workers and other Ecuadorans feeling the economic pinch.

Dozens have been arrested, according to human rights observers.

Lasso on Monday extended a state of emergency to cover six of the country's 24 provinces, with a nighttime curfew in Quito.

Ecuador is losing about $50 million a day as a result of the protests, without counting oil production -- the country's main export product.

The CEO of state-owned Petroecuador, Italo Cedeno, said Tuesday output had dropped by about 100,000 barrels a day during the protests, in part because demonstrators have targeted both oil wells and power plants.

Ecuador's parliament voted Monday in favor of a resolution urging the government to conduct a "serious, clear and honest" dialogue with protesters, mediated by the United Nations, the Red Cross, universities and the powerful Catholic Church. 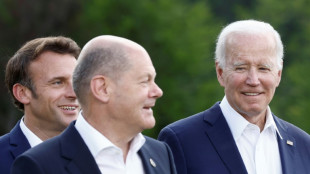 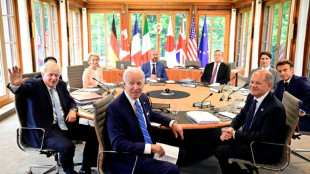 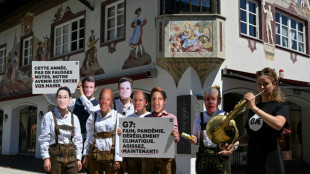 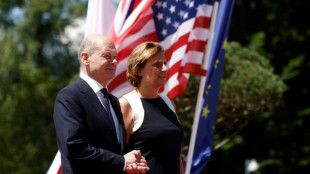