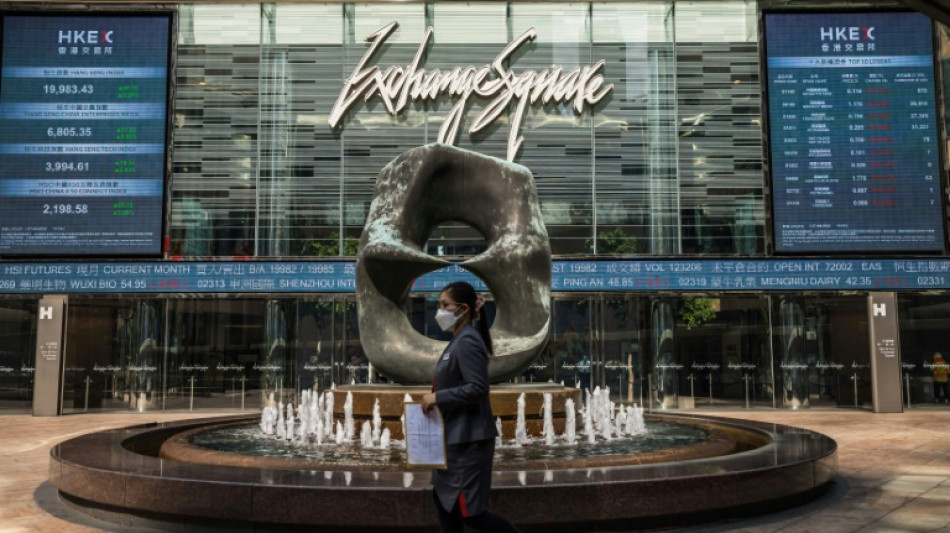 Asian and European equities tumbled Friday following a rout on Wall Street fuelled by worries over rising interest rates and surging inflation, while the pound extended losses the day after taking a beating on fears of a UK recession.

Global markets have been battered this year by a series of crises including surging inflation, rising interest rates, China's economic slowdown and the war in Ukraine.

There was some relief after the Federal Reserve on Wednesday lifted borrowing costs 50 basis points -- the most since 2000 -- but suggested a feared 75-point lift was not on the agenda for now.

However, US traders ran for the hills Thursday as they contemplated a period of fierce monetary tightening by the US central bank as it struggles to contain inflation running at a more than 40-year high.

"Valuations become even more sensitive, very sensitive, when rates are going up and that is what we are experiencing," Kristina Hooper, at Invesco, told Bloomberg Television.

"It's just getting exacerbated as we get into the thick of monetary-policy tightening in the US."

That sell-off filtered through to Asia, where Hong Kong tanked more than three percent as tech firms took a hit. Meanwhile, the European Chamber of Commerce in the city called the finance hub's stringent pandemic travel restrictions and frequent flight bans a "nightmare" for businesses.

The remarks come a week after the Australian Chamber of Commerce recommended that Hong Kong follow the lead of Singapore or Japan by lowering quarantine requirements for business travellers.

However, Tokyo closed higher Friday on bargain-hunting, though gains were limited as investors remained cautious ahead of the release of US jobs data later in the day.

Adding to the angst was ongoing weakness in China's economy caused by strict lockdowns and other containment measures as officials struggle to bring a virus flare-up under control by sticking to a zero-Covid policy.

Various districts in Beijing told residents on Thursday to work from home, while Shanghai, the biggest city in the country, remains essentially shut down.

Analysts at Nomura on Friday predicted that mass testing mandates alone could cost up to 2.3 percent of annual gross domestic product, while Fitch Ratings cut its forecast for China's full-year economic growth to 4.3 percent from 4.8 percent.

Despite the predicted bloodletting, China's top brass have continued to pledge to "unwaveringly adhere" to zero-Covid and "fight against" criticism of the policy.

"The zero-Covid policy is likely to remain a drag on domestic demand for the foreseeable future," said senior economist Silvia Dall'Angelo of Federated Hermes Limited.

"China also faces headwinds coming from high commodity prices, the war in Ukraine and the potential for secondary sanctions, and a possible sharp slowdown in Europe."

On currency markets the pound continued to struggle a day after plunging more than two percent in reaction to the Bank of England's updated forecast that warned annual inflation would top 10 percent and the economy would contract later this year.

Crude rose after key oil producers led by Saudi Arabia and Russia refused to lift output more than their planned marginal increase as they weighed tight supply concerns caused by the Ukraine war.

"With OPEC+ not hitting their monthly quotas as well, the supply shortage issue appears to overshadow the demand loss from China." 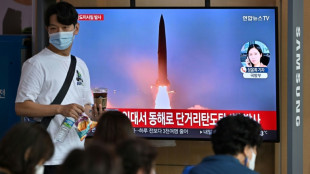 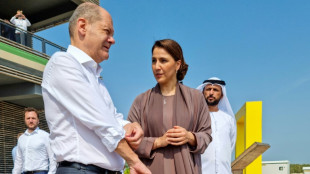 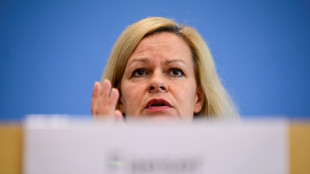 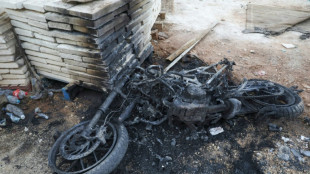