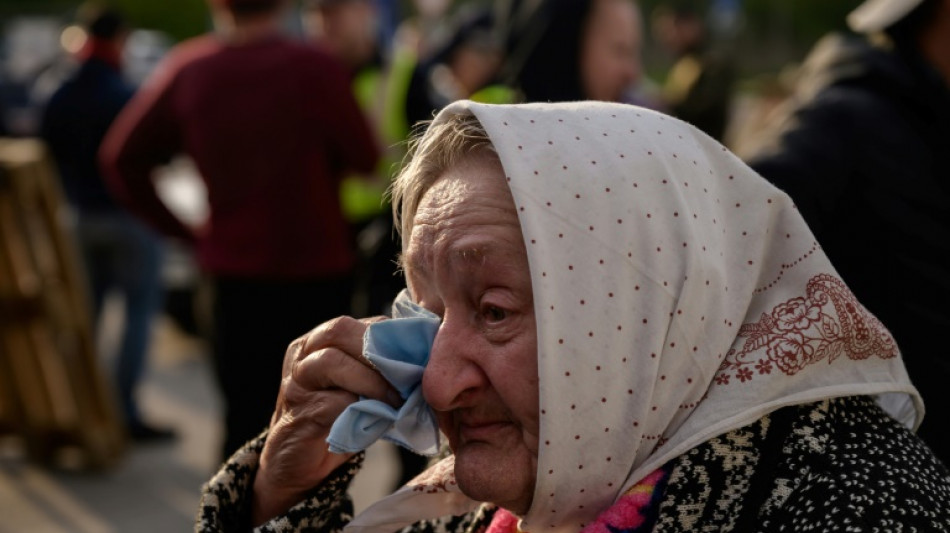 Russian forces launched a major assault Tuesday on the Azovstal steel plant, the last hold-out of Ukrainian forces in the devastated southern port city of Mariupol, as 101 civilians who had been trapped in the site for weeks were finally brought to safety.

"We are so thankful for everyone who helped us. There was a moment we lost hope, we thought everyone forgot about us," evacuee Anna Zaitseva told AFP after arriving in the Ukrainian-held city of Zaporizhzhia, her six-month old baby in her arms.

The United Nations and Red Cross said 101 people were evacuated from the maze of Soviet-era tunnels underneath the sprawling Azovstal plant as part of a five-day operation.

Another 58 people joined their convoy to Zaporizhzhia from the city of Mangush, outside Mariupol, said Ostan Lubrani, the UN's Humanitarian coordinator for Ukraine.

She warned there "may be more civilians who remain trapped" in Azovstal, saying the UN was ready to return to bring them to safety.

But Russian forces on Tuesday resumed attacks on the steel plant, where the Ukrainians fighters are making their last stand in Mariupol after almost constant bombardment since Moscow's invasion on February 24.

"A powerful assault on the territory of the Azovstal plant is underway with support from armoured vehicles and tanks," said Sviatoslav Palamar, deputy commander of Ukraine's Azov military unit.

Russian forces are also attempting "to land a large number of infantry by boat," he said, calling for "immediate" efforts to evacuate remaining civilians.

The Russian army confirmed its forces and pro-Moscow separatists were targeting Azovstal with artillery and planes, accusing Azov members and other Ukrainian troops of using a pause in fighting to take up combat positions.

The residents of Mariupol, a strategic port in southern Ukraine, have been living in desperate conditions without food, water and cut off from communications from the outside world.

The city is now largely calm, AFP journalists saw on a recent press tour organised by Russian forces, with the remaining locals emerging from hiding to a ruined city.

Daily life is dominated by the hunt for the most basic of essentials, they say.

"We don't live, we survive," said Irina, a 30-year-old video game designer, as she gathered food and water from an aid distribution point.

The war in Ukraine has killed thousands of people and displaced more than 13 million, creating the worst refugee crisis in Europe since World War II.

Western countries have backed Ukraine with cash and weapons while imposing unprecedented sanctions against Russia in a so far failed bid to make President Vladimir Putin pull back.

Speaking via videolink, the premier evoked Britain's fight against the Nazis in World War II in hailing Kyiv's resistence as its "finest hour", and vowed to help ensure "no-one will ever dare to attack you again".

The European Commission was meanwhile set Tuesday to put to member states a new package of measures, including a phased-out ban on Russian oil, officials said.

The package will also target Russia's largest bank, Sberbank, which will be excluded from the global banking communications system SWIFT.

In the early weeks of the invasion, Russian forces encircled Ukraine's capital Kyiv but have shifted to the east, including largely Russian-speaking areas, and south.

Ukraine reported attacks on Tuesday in and around Kharkiv, in the Zaporizhzhia and Donetsk regions.

At least 10 people were killed and 15 were wounded in a Russian strike on a factory in the east Ukrainian city Avdiivka, the local governor said on social media.

Russia's defence ministry meanwhile said its forces had struck a logistics centre at a military airfield in the region around the Black Sea port of Odessa, used for the delivery of foreign-made weapons.

Storage facilities containing Turkey's Bayraktar drones as well as missiles and ammunition from the United States and Europe have been destroyed, it said.

East of Odessa, the centre of Mykolayiv was also hit overnight, according to the Ukrainian presidency, while officials said investigations are underway into possible "torture and murder" during Russia's occupation of the region.

Ukrainian prosecutors say they have pinpointed more than 8,000 war crimes carried out by Russian troops and are investigating 10 Russian soldiers for suspected atrocities in the town of Bucha, near Kyiv.

In a phone call with French President Emmanuel Macron on Tuesday, Putin accused Ukrainian forces of committing war crimes and claimed the EU was "ignoring" them, according to the Kremlin.

Putin told Macron "the West could help stop these atrocities by putting relevant pressure on the Kyiv authorities, as well as halting the supply of weapons to Ukraine".

Putin also said Kyiv was not ready for "serious work" on ending the conflict.

Elsewhere in eastern Ukraine, the Ukrainian military said Russians were continuing to advance towards Lyman and Sloviansk, a major urban hub in the eastern Donbas region whose capture would be a significant Russian gain.

Ukrainian soldiers in Lyman told AFP they have rigged with explosives a railway bridge over the Donets river on the way to Sloviansk, and were waiting for orders to blow it up.

"It's never easy to destroy one of your own pieces of infrastructure. But between saving a bridge or protecting a city, there's no question at all," said one, going by the nom de guerre of "The Engineer".

The United States warned on Monday that Moscow was preparing imminently to annex the eastern regions of Lugansk and Donetsk, planning to "engineer referenda" to join Russia sometime in mid-May. 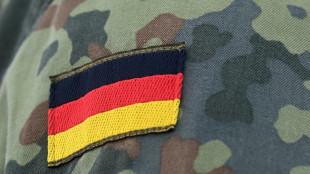 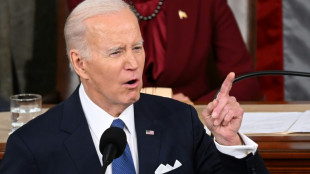 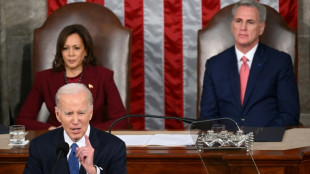 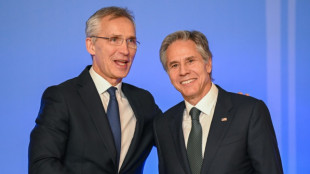