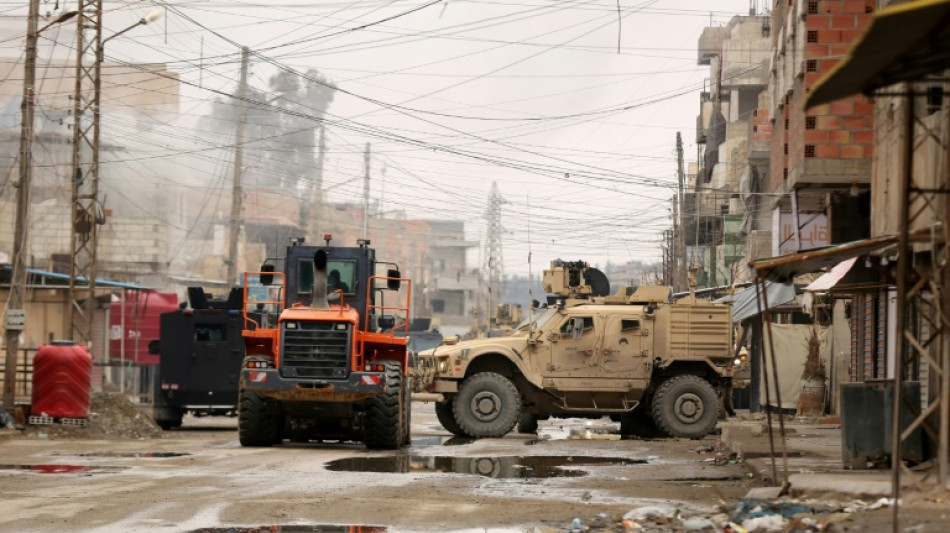 Fifteen soldiers died Sunday in an Islamic State group attack on an army bus in the central Syrian desert, a war monitor said, as state media reported a "terrorist attack".

Despite the fall of IS's "caliphate" in 2019, the group continues to launch deadly attacks from hideouts in the Syrian desert, which extends from the outskirts of the capital Damascus to the Iraqi border.

IS cells "attacked a military bus" in the Palmyra desert, "killing 15 soldiers and wounding 18 others", the British-based Syrian Observatory for Human Rights said.

State news agency SANA had reported 13 dead "including officers" and 18 wounded in a "terrorist attack" on a military bus on Sunday afternoon.

The Observatory, which relies on a network of sources across the country, said the death toll could rise as most of the soldiers were "seriously wounded".

IS did not immediately claim responsibility for the attack.

Sunday's violence came after three regime soldiers died Friday east of Palmyra when the vehicle they were travelling in came under attack, the Observatory added.

So far this year 61 pro-regime soldiers and Iran-affiliated militiamen had been killed in IS attacks in the desert of Syria, it said.

About half a million people have been killed and millions have been displaced since the Syrian conflict erupted in 2011, after nationwide protests against the government were met with a brutal crackdown.

It escalated into a devastating war that drew in regional and international powers.

IS leader Abu Ibrahim al-Hashimi al-Qurashi blew himself up in early February during a raid by US forces on his house in Syria's northwest region of Idlib, Syria's last major opposition bastion.

Qurashi had taken over with IS weakened by years of assaults by US-backed local forces and the loss of its self-proclaimed "caliphate" in Syria and northern Iraq.

IS ruled with brutality over the "caliphate" which it had proclaimed in 2014.

The majestic ancient city of Palmyra, a World Heritage site, became the scene of public executions, where IS also blew up ancient monuments and looted other treasures.

In January IS fighters launched their biggest assault in years, attacking a prison in the Kurdish-controlled northeast Syrian city of Hasakeh, aiming to free fellow jihadists.

Almost a week of intense fighting left more than 370 dead, according to the Observatory.

Earlier in January, nine Syrian soldiers and allied fighters were killed in an attack on a military convoy in Syria's east, while in November last year, the Observatory said another eastern Syria attack left a general and four soldiers dead.

That was the deadliest attack in the capital since a bombing claimed by IS targeted the Justice Palace in March 2017, killing at least 30 people.