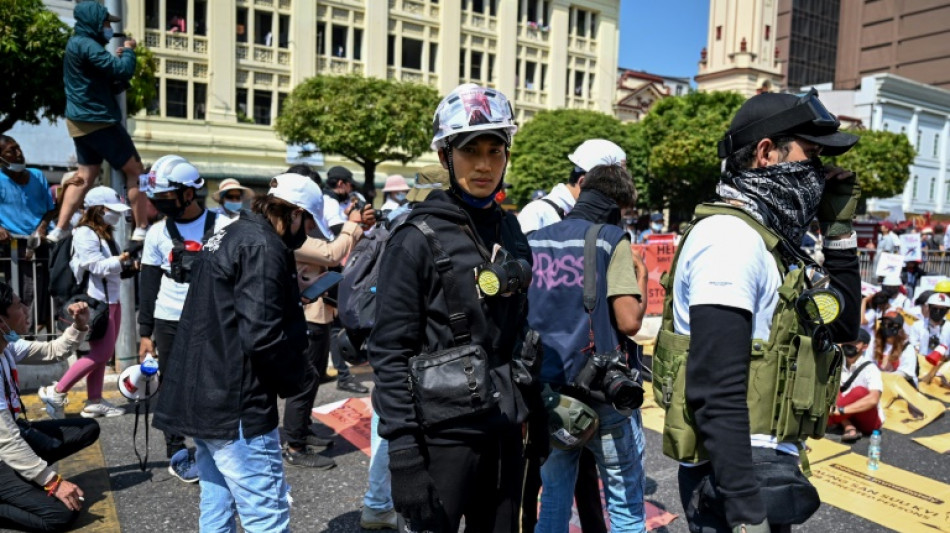 A leading Myanmar actor, singer and model jailed for supporting pro-democracy protests has been pardoned and released, his legal team said on Wednesday.

Paing Takhon, 25 -- a star in both Myanmar and neighbouring Thailand -- had been active in the mass protests that rocked the country following last year's coup, leading rallies and advocating through his massive social media following.

He was arrested in a dawn raid at his mother's home in Yangon in April and in December was jailed for three years with hard labour for spreading dissent against the military.

On Wednesday, he was pardoned and released and had arrived home, his lawyer told AFP, without giving details.

In a statement, the junta confirmed his release, along with actors Lu Min, Pyi Ti Oo and Eaindra Kyaw Zin, "in order for them to participate in nation-building with their art."

It did not give further details.

In February 2021, Paing Takhon -- who had more than a million followers on Facebook and Instagram -- posted pictures of himself in a white tracksuit with a megaphone, hard hat and a white fluffy dog strapped to his chest at a protest.

The heartthrob is also famous in Thailand, where he has appeared in TV shows and commercials.

Soon after the coup, the junta published a list of some 120 celebrities wanted for arrest.

Several are still on the run.

More than 1,500 people have been killed in the military's crackdown on dissent following the ousting of Aung San Suu Kyi's government last February, according to a local monitoring group.