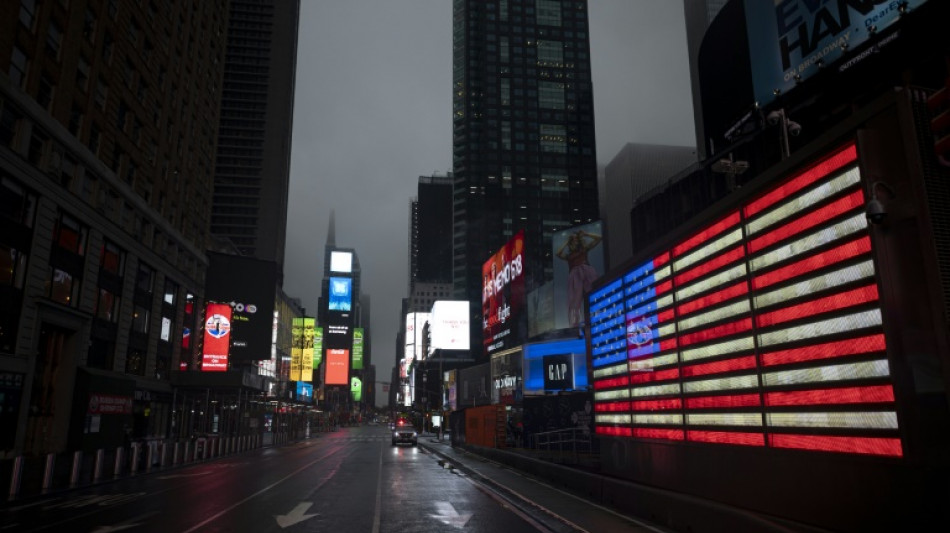 The United States has crossed the threshold of one million deaths from Covid-19, the White House said on Thursday, as cities like New York try to turn the page on the pandemic despite threats of another surge.

"Today, we mark a tragic milestone: one million American lives lost to Covid-19," President Joe Biden said in a statement that acknowledged the "unrelenting" pain of those who had lost loved ones during the pandemic.

He called on residents to "remain vigilant against this pandemic" and said it was "critical" for Congress to fund resources like testing, vaccines and treatments.

For many, the toll of more than one million deaths was difficult to comprehend.

"It's unfathomable," Diana Berrent, one of the first people in New York state to catch Covid-19, said of the toll that far exceeds epidemiologists' worst predictions made at the outbreak of the crisis in spring 2020.

Then, New York City was the virus epicenter. Hospitals and morgues overflowed and the sound of ambulance sirens rang down empty streets as then-president Donald Trump responded chaotically in Washington.

Two years on, and life in the Big Apple is largely back to normal as residents attempt to put the collective trauma of the virus that has killed 40,000 New Yorkers behind them.

"Without a doubt you feel the energy of the people that are on the streets. It's been a long time coming," Alfred Cerullo, president of a business improvement group in Midtown Manhattan, told AFP.

New York's rebound has been aided by its high inoculation numbers -- about 88 percent of adults are fully vaccinated, a rate that was boosted by mandates, including for indoor activities like dining.

Jeffrey Bank, owner of Carmine's restaurant near Times Square, says sales at the Italian eatery are better than they were in 2019, as residents and tourists make up for lost time.

"People have been sitting at home for two years. They want to celebrate and they're entitled to," he told AFP.

But the city has a long way to go. Many stores remain empty and only 38 percent of Manhattan workers are in the office on an average weekday, according to Kastle Systems, a security firm that tracks building occupancy.

The Big Apple's tourism board also doesn't expect visitor numbers to get back to the 67 million of 2019 people for a few years.

And business owners fear another wave of infections.

"Obviously we are worried," Frank Tedesco, who is unsure how he could keep his jewelry business afloat if another shutdown occurred, told AFP.

In recent weeks, the United States has seen an uptick in the number of daily virus cases, largely due to the new Omicron subvariant.

The rise has coincided with the lifting of mask mandates.

"I think we are in a place where psychologically and socially and economically, people are largely done with the pandemic," said Celine Gounder, an infectious disease expert at New York University.

"(But) the pandemic is not over. So you have a disconnect between what is happening epidemiologically and what's happening in terms of how people are responding," she told AFP.

Among the most at-risk are the unvaccinated, lower-income populations, uninsured people and communities of color, she says.

America recorded its first Covid-19 death, on the West Coast, in early February 2020. By the next month, the virus was ravaging New York and the White House was predicting up to 240,000 deaths nationwide.

But those projections were way off.

Trump was late to back social distancing, repeatedly undermined top scientist Anthony Fauci, peddled unproven medical treatments, and politicized mask-wearing -- before eventually being hospitalized with the virus himself.

In New York and other northeastern urban centers, hospitals become overwhelmed and morgues failed to keep up with the dead.

"There were nurses that said if they closed their eyes at night they could hear the patients struggling to breathe and they couldn't get it out of their heads," recalled Boston nurse Janice Maloof-Tomaso.

Ideological clashes over curfews and mask and vaccine mandates ensued as America racked up the world's highest death toll.

But Trump did pump billions of dollars into vaccine research and by mid-December 2020, the first vaccines were available for health care workers.

Deaths kept soaring, however, amid a slow take-up of shots in conservative areas of the country, and in February 2021 the country counted 500,000 dead.

New president Biden and many Democratic governors enforced mandates but Republican-led states like Florida and Texas outright banned them, highlighting America's patchwork of rules that made forming a unified response to the pandemic difficult.

"We went from 'stay home and save lives' to let it rip," recalled 47-year-old Berrent, who, after her illness in 2020, founded the group Survivor Corps for people looking for information about long-haul Covid or a current infection. 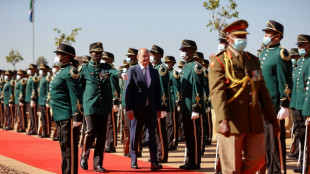 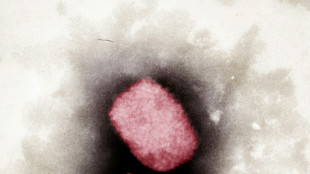 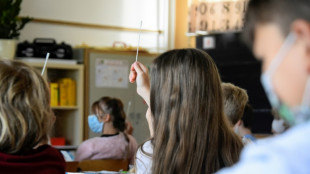