A 7.0-magnitude earthquake struck the Solomon Islands on Tuesday, swaying buildings, hurling items off shelves and briefly knocking out power in parts of the capital Honiara.

There were no reports of serious injuries or major structural damage.

"This was a big one," Joy Nisha, a receptionist with the Heritage Park Hotel in the capital told AFP.

"Some of the things in the hotel fell. Everyone seems OK, but panicky."

At one recently built mall, chunks of cladding were shaken loose, crushing the bonnet of a car and breaking the windshield.

The roof of an annexe at the Australian High Commission also collapsed, Prime Minister Anthony Albanese told parliament in Canberra, stating "there are no known injuries".

An AFP reporter in Honiara said the shaking lasted for around 20 seconds.

Power was immediately knocked out in some areas of the capital and phone lines were also down.

Across the city, people fled their homes and workplaces for higher ground, fearing a tsunami.

"I was really scared because this is the first time I felt this kind of earthquake," said a manager at the Pacific Casino Hotel, who asked not to be named.

"The building was really violently shaking," she said. "It was really strong, it made you move side to side."

Dozens of staff and guests fled the building to the relative safety of the car park, hoping not to be hit by debris on the way out.

The quake struck at a relatively shallow depth of 10 kilometres, just off the southwest coast of Guadalcanal island.

A tsunami warning had been issued for an area of the Solomons coast within 300 kilometres (185 miles) of the epicentre, but the UN-backed Pacific warning centre later said the threat had "largely" passed.

As nightfall approached, power was starting to return to Honiara, but local authorities urged caution.

"We expect aftershocks so people should stay alert around buildings and tall structures because of the size of the earthquake," said David Hiba Hiriasia, director of the Solomon Islands Meteorological Service.

Staff at one hospital were readying to evacuate patients if needed.

According to UN data, about 20,000 people live within 50 kilometres of the epicentre.

The Solomons -- a sprawling archipelago in the South Pacific -- is home to about 800,000 people.

The quake hit exactly a year after anti-government riots that killed at least three people and caused tens of millions of dollars in damage. 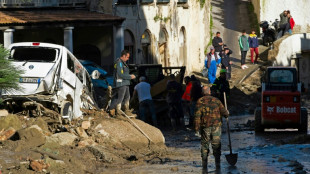 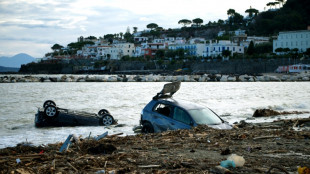